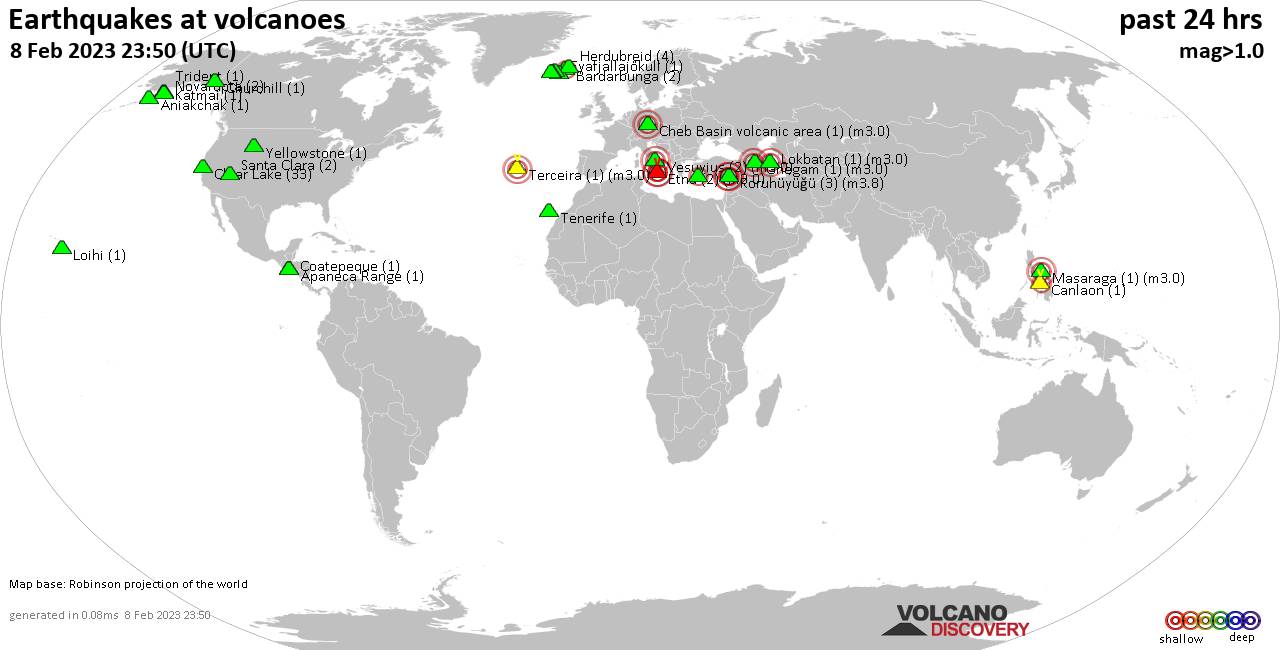 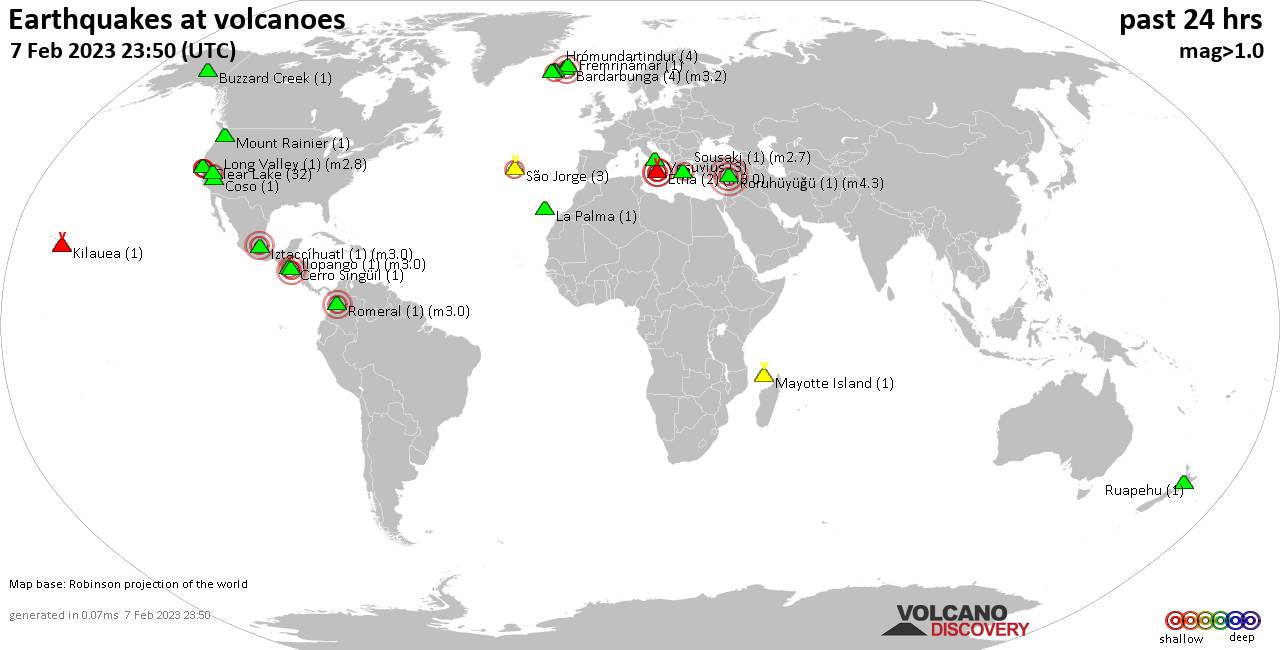 From Stromboli to Etna
Get to know some of the most active and interesting volcanoes in the world: famous Mt. Etna on Sicily; Vulcano, in the Ancients'belief home to Vulcanus, God of Fire; Lipari with its spectacular obsidian and pumice deposits; and Stromboli, "Lighthouse of the Tyrrhenian Sea", known for its permanent fireworks!
Fumaroles

Climbing Stromboli volcano
Stromboli provides one of the most remarkable opportunities to watch volcanic eruptions from close: a natural ridge located 150 m above the active vents. A classic and all-time favorite tour by anyone interested in seeing active volcanoes!
Quakes near me

Earthquakes by Lat/Lon
Look up recent and past quakes worldwide or by selecting an area on the map!
What is a volcano?

Definition of a volcano
A volcano is the term for any place on the surface of the earth, where hot molten rock (magma) reaches the surface.
Get the ad-free version!
Why is there advertising on this site?