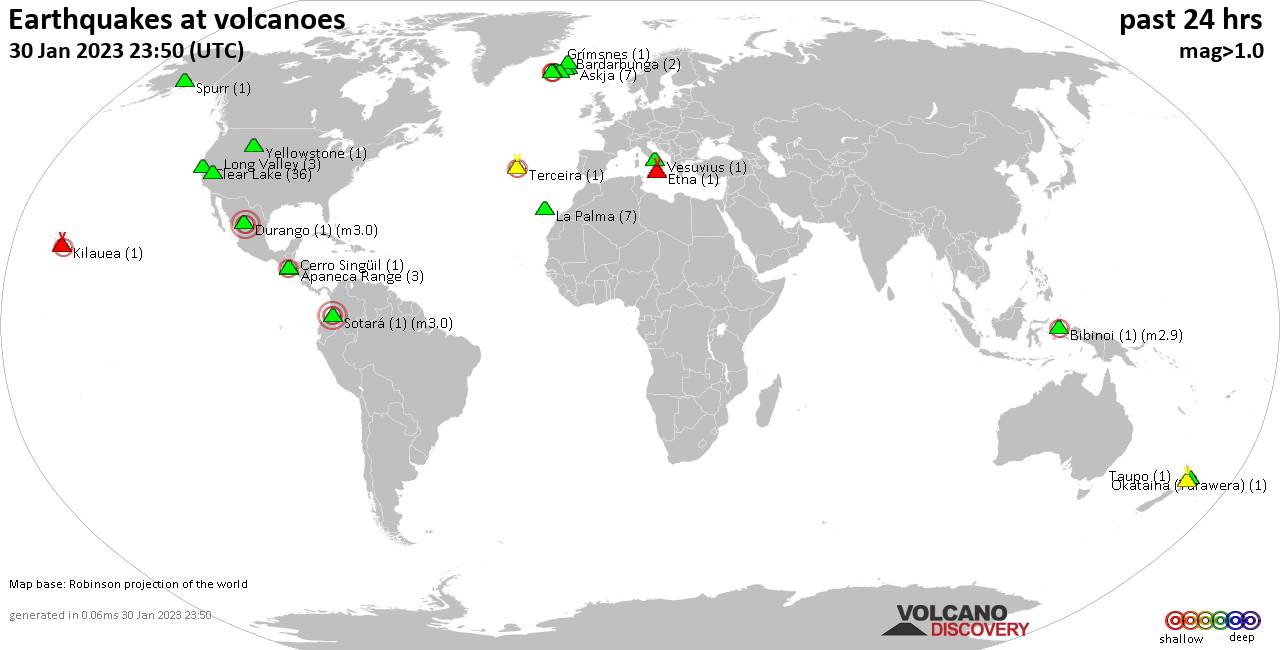 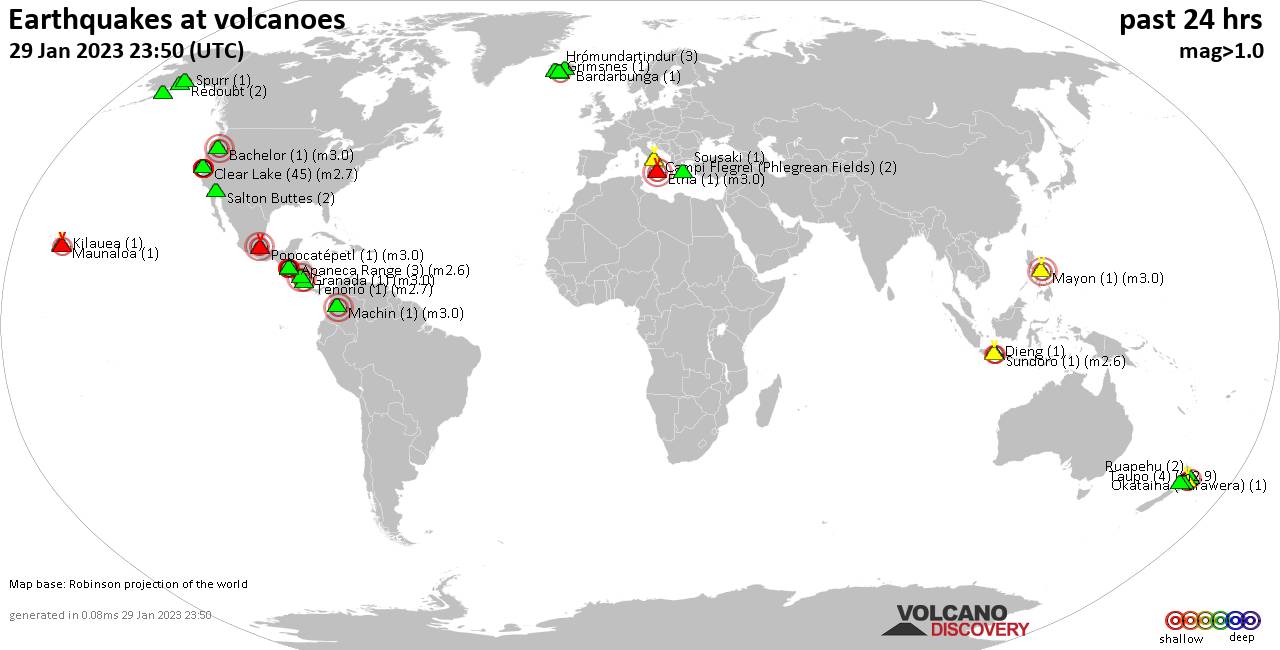 Ibu volcano photos
Ibu in Halmahera is one of the most active, but rarely visited volcanoes in Indonesia. A spectacular lava dome is growing inside the volcano's breached crater, with frequent explosions.
Italy
7-21 Oct 2022

Photos from Iceland
Volcanoes in the land of fire and ice. Iceland is one of the volcanically most active places on earth.
Kelut eruption 13 Feb 14

Largest 20 earthquakes past 24 hrs
Our continuously updated worldwide map and list of the most recent largest earthquakes in the world during the past 24 hours.
You can also find top 20 lists for given past days / months / years from the archive.
Get the ad-free version!
Why is there advertising on this site?