Abbreviated from a report sent by the Kamchatkan Volcanic Eruptions Response Team: 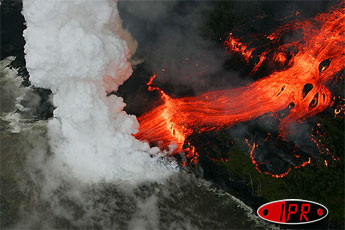 New interesting developments take place on La Réunion island, where the eruption has entered e new phase:
While visual lava emission from the vents in the Plaine des Osmondes at about 1600 m a.s.l. more or less stopped on the 24th, a large river of lava, believed to originate from accumulation beneath the flow field emerged from there on the afternoon of the 25th, travelling about 5 km in less than 2 hours down the Grandes Pentes (the steep ocean-side slope inside the horse-shoe-like open caldera), cutting the national road and entering the ocean.
From Thursday 24th on, shallow earthquakes appeared seismicity beneath Dolomieu crater on the summit of the volcano, increasing to a swarm with several hundreds of quakes up to magnitude 3 on Saturday 26th. This might be an indicator of the formation of a new pit crater.
At the same time, a new vent opened on the North East rift zone above "Bois Blanc" within the "Trou de Sable" on the northern boarder of the enclos at 450 m altitude. A new lava flow progressed within the enclos and stopped about 100 m above the national road.
The volcano observatory warnes that an eruption "hors enclos" (outside the caldera) now should be considered a possibility within the next days. The area is being kept under under close surveillance.

- abbreviated from a report by Thomas Staudacher, head of the volcano observatory 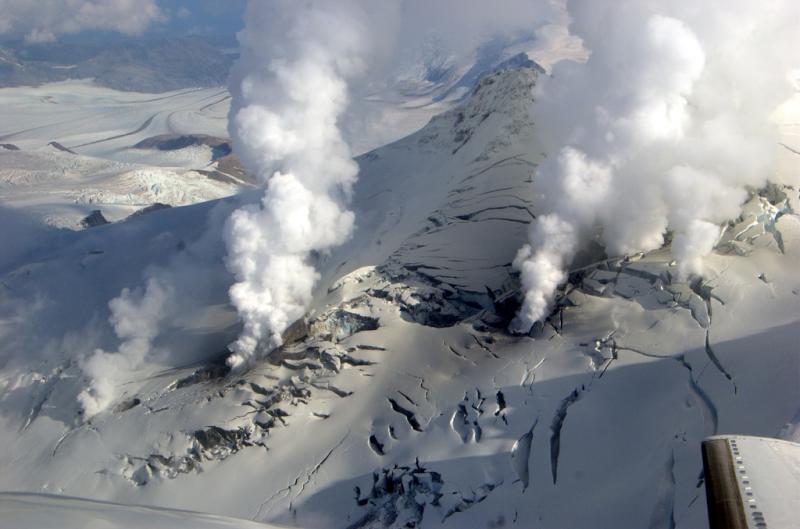 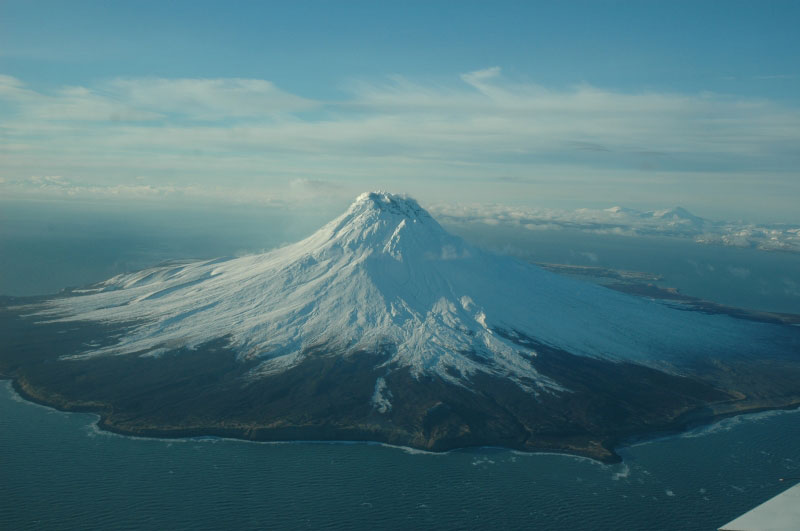 Augustine volcano, Alaska, is showing more and more unrest and the Alaskan Volcan Observatory announced an increase of alert level to ORANGE, which means that an eruption is considered possible within a short time. 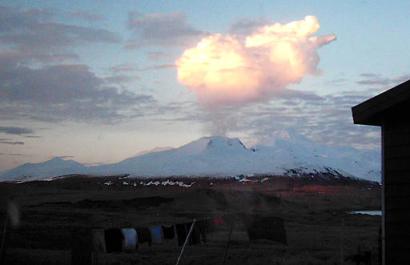 On repeated visits by the Volcano Discovery Hawaii Team during the past 10 days, activity levels at Kilauea volcano were seen to be at very high levels:

The eruption at Piton de la Fournaise volcano on La Réunion island continues, sending lava flows down the steep flank of the volcano's E flank towards the sea. A brief pause during the eruption occurred between 21 and 23 Feb., where lava emission and eruption tremor were at very low levels, and many believed the eruption was actually over. The following is a report from Thomas Staudacher, head of the volcano observaotry of Piton de la Fournaise:

24 Feb. 2005
As the INGV reports, Etna's SE crater has resumed its emissions of dense black ash on the morning of the 24th.-
The SE crater, the youngest of Etna's 4 summit craters, had been the site of vigourous activity throughout much of 1998-2001, but remained quiet after the end of the July-August 2001 summit and flank eruption. In early 2005, sporadic ash emissions resumed, sometimes accompanied by visible glow at night, indicating that magma once more has risen inside its conduit. More spectacular activity from this crater might follow during the next weeks or months.

Hawai'i and Kilauea volcano photos
Lava flows, lava lakes, eruptions and aerial images from Kilauea on the Big Island of Hawai'i throughout the years.
Bárdarbunga

Planned features:Thanks to your past donations, these features have been added recently:
Download and Upgrade the Volcanoes & Earthquakes app to get one of the fastest seismic and volcano alerts online:
Android | IOS
Thank you!

Sources: VolcanoDiscovery / VolcanoAdventures and other sources as noted.
Use of material: Most text and images on our websites are owned by us. Re-use is generally not permitted without authorization. Contact us for licensing rights.
Volcanoes & Earthquakes