When discussing 'volcanic eruptions', those from submarine volcanoes are often overlooked, with terrestrial volcanic eruptions attracting the most attention due to their spectacular, awe-inspiring displays of vast ash dispersal and a multitude of associated hazards. Deep-ocean, submarine eruptions have been attributed to only producing slow moving lava flows. ... Read all
Mon, 19 Apr 2021, 20:24
Volcanic Pollution – a threat to public health.

New research published by researchers from the University of Leeds and the University of Iceland indicates a strong link between volcanic pollution and an increase in respiratory diseases, specifically to those living in volcanic regions. The study used the 2014-2015 Holuhraun lava eruption as its key case study. ... Read all
Activity summaries
Fri, 18 Jun 2021, 19:50
Volcano earthquake report for Friday, 18 Jun 2021 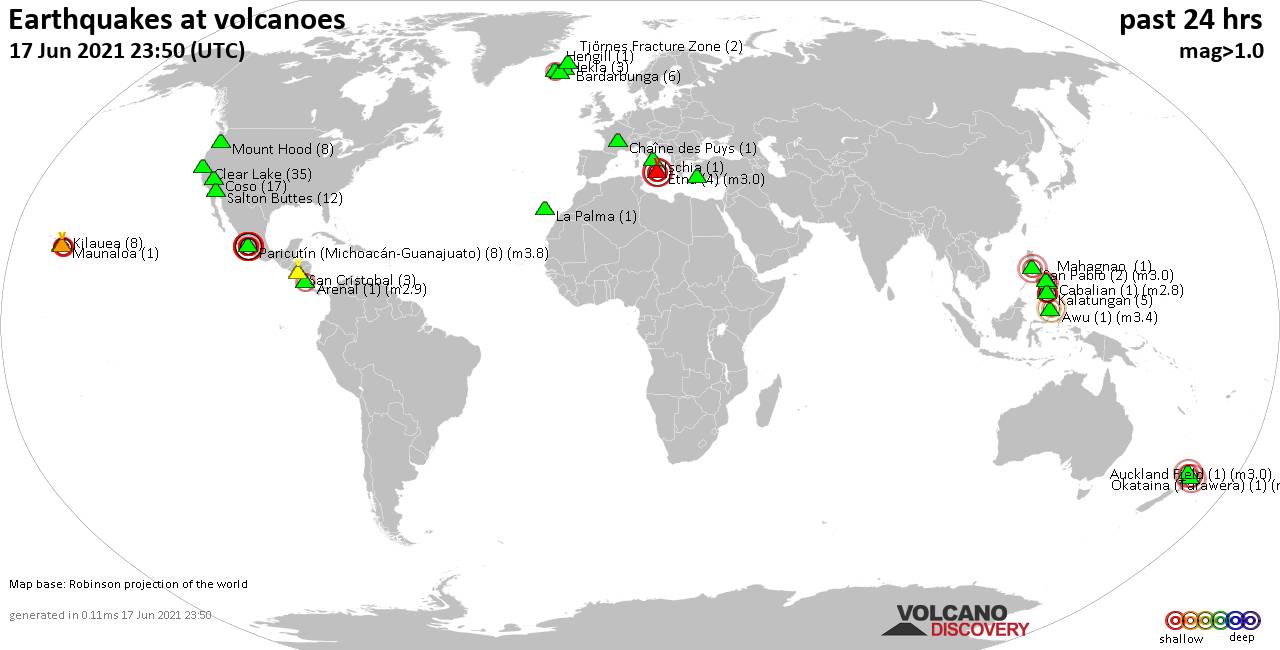 VolcanoDiscovery tours
A selection of our most popular trips, which we have been offering and improving over many years now: Stromboli & Etna, Santorini, Java, Ethiopia, Nyiragongo and more. Have a look!
Nyamuragira

Nyamuragira volcano photos
Africa's version of Mauna Loa, Nyamuragira (or Nyamulagira) is a massive basaltic shield volcano neighboring Nyiragongo. It is one of the most active volcanoes in the world and has voluminous eruptions every few years.
Reykjanes eruption