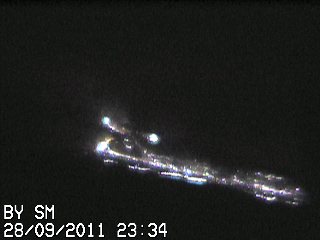 lava flows from the 15th paroxysm of the New SE crater of Etna volcano (webcam image from http://www.radiostudio7.it/webcam.asp)
The 15th paroxysm of Etna's New SE crater occurred in the evening of 28 Sep, a few days earlier than what statistically had been expected (based on thze steady increasing intervals between the past similar events). Read all
El Hierro volcano (Canary Islands, Spain): increasing seismic activity, first evacuations
Wed, 28 Sep 2011, 17:19
Concern is growing that the El Hierro volcano (Canary Islands) could be heading towards an eruption, after seismic activity beneath the island increased strongly over the past days. More than 150 earthquakes were recorded on Tuesday alone. At least 20 earthquakes were larger than 3 mag Richter and could be felt by locals during the past 24 hours. Read all
Show more
Öraefajökull volcano (Iceland): seismic unrest
Wed, 28 Sep 2011, 17:06 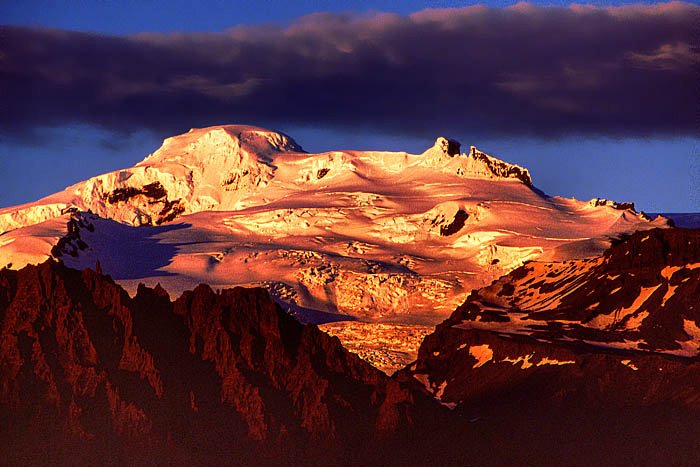 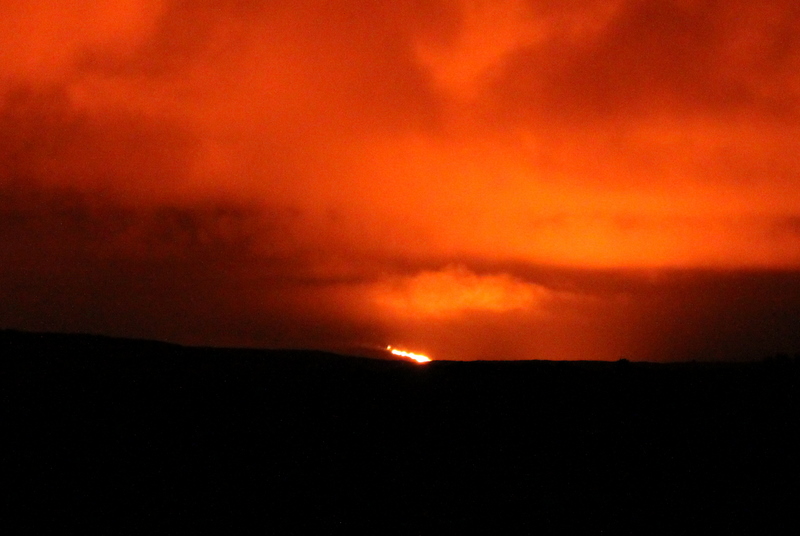 See all major earthquakes in the past month
Volcano Calendar 2016

Round-the-world volcano tour
Have you ever dreamt of travelling around the world? VolcanoDiscovery makes this dream come true.
Krakatau

Krakatau volcano photos
Hundreds of photos from active Krakatau volcano in the Sunda Strait, Indonesia. Most of them taken during our various expeditions to this fascinating volcano.
Volcano Videos