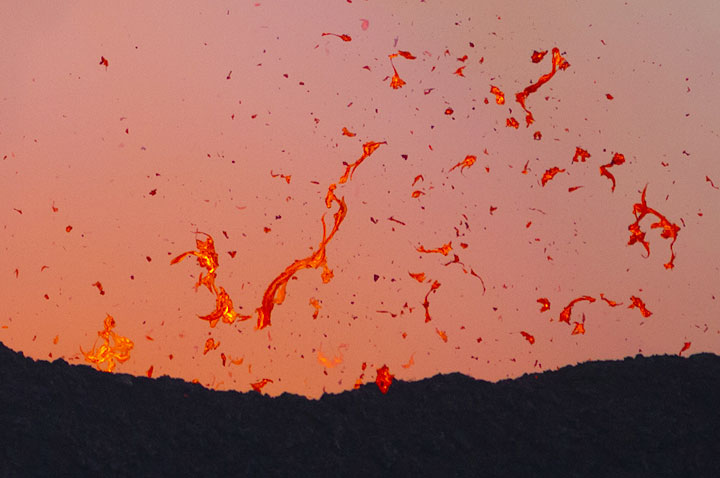 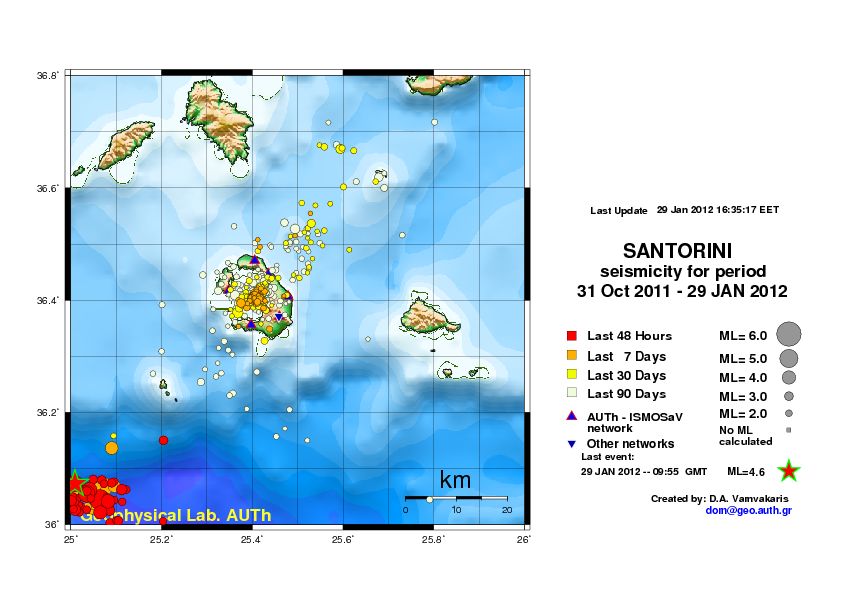 The location of the earthquakes SW of Santorini
The highly unusual swarm of earthquakes SW of Santorini on the main fault zone that also defines the volcanic vents of the region continues with about 10 quakes larger than magnitude 2 during the past 24 hours. 2 of the quakes were magnitude 4 and 4.7, respectively. Read all
Strong seismic swarm continues 50 km SW of Santorini Island, Greece
Sat, 28 Jan 2012, 15:41
The unusual seismic swarm in progress at a location ca. 50 km SW of Santorini is continuing. Up to now, 22 quakes between 2 and 4.9 magnitude have been recorded by the Hellenic Seismic networks for 28 January 2012. Read all
Popocatépetl volcano (Mexico): increasing activity and ash eruptions
Sat, 28 Jan 2012, 00:01 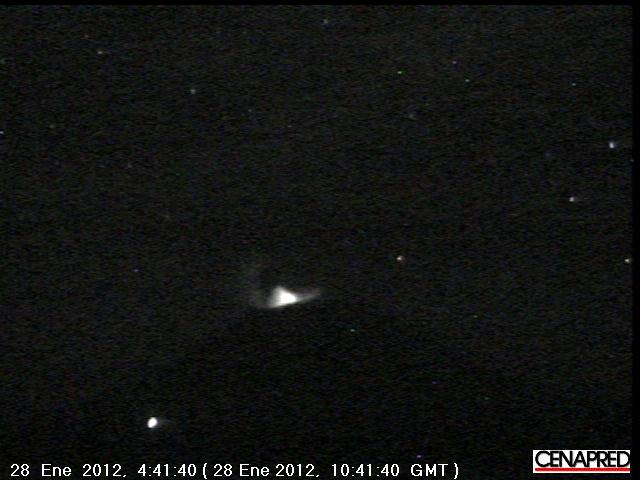 Webcam image of Popo showing the glow at the summit crater (CENAPRED)
Popocatépetl volcano's activity is increasing. On 25 Jan at 10:10 local time, an ash explosion produced a plume of 3 km height drifting NE. During the past days, strong degassing and steaming has been observed as well as periods of low-frequency tremor. At night (see webcam image), a constant glow can be seen from the summit crater, suggesting that the lava dome might have started a new phase of growth. Read all
to top
New strombolian activity at Etna's New SE crater
Sat, 28 Jan 2012, 00:01 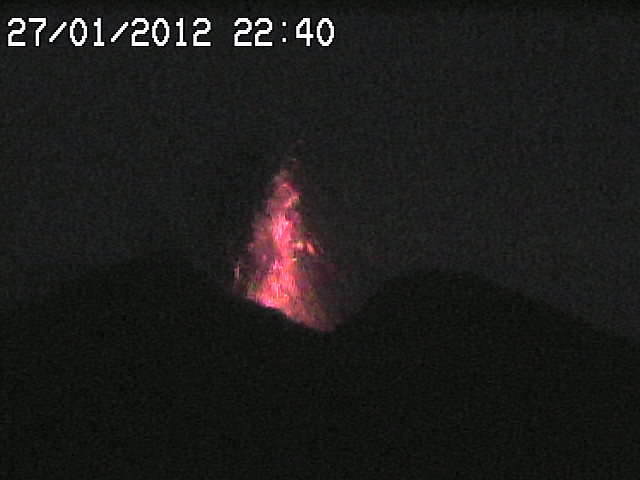 Volcano Trekking
A physically active tour to visit and climb some of Indonesia's most active and famous volcanoes: Papandayan and Galunggung in West Java, Merapi in Central Java, Kelud, Semeru, Bromo, the Tengger caldera, and Ijen in East Java.
Karangetang Special

Photos from Iceland
Volcanoes in the land of fire and ice. Iceland is one of the volcanically most active places on earth.
Volcano Tours

Reviews from our guests
"Your Vanuatu Volcano tour was a fantastic mix of hard core volcanoes and cultural Vanuatu life... " -
Read what customers said about us!
Get the ad-free version!
Why is there advertising on this site?
Support us - Help us upgrade our services!
We truly love working to bring you the latest volcano and earthquake data from around the world. Maintaining our website and our free apps does require, however, considerable time and resources.
We need financing to increase hard- and software capacity as well as support our editor team. We're aiming to achieve uninterrupted service wherever an earthquake or volcano eruption unfolds, and your donations can make it happen! Every donation will be highly appreciated. If you find the information useful and would like to support our team in integrating further features, write great content, and in upgrading our soft- and hardware, please make a donation (PayPal or Online credit card payment).