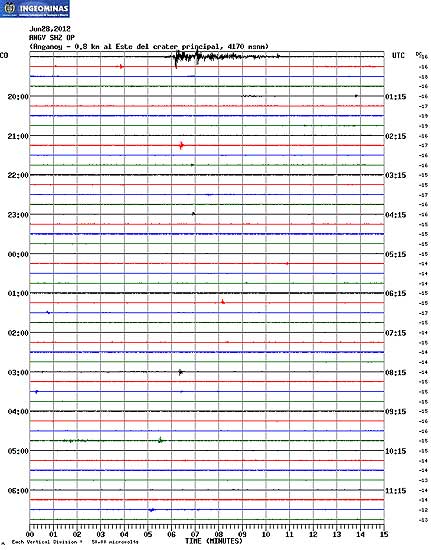 Seismic activity at Galeras volcano 28 June 2012
Tremor and small earthquakes continue to occur at Galeras volcano. Some of the seismic signals (such as the one early on 28 June) look like screw-shaped tornillos, which in the past have often preceded eruptions. Read all
Siple volcano (Marie Byrd Land, Western Antarctica): possible awakening - steaming detected on 20 June
Thu, 28 Jun 2012, 10:05
Mt Siple volcano in Antarctica might have become active and produced a steam plume recently detected on satellite imagery. The latest Smithsonian activity report mentions: Read all
El Hierro volcano (Canary Islands): quakes migrate into Las Palmas Sea, deformation and eruption warning
Wed, 27 Jun 2012, 18:26
Earthquakes are still at 20 km depth and continue at high rate (more than 150 >M1.5 today, mostly larger than M2). Accompanied by harmonic tremor, their location is migrating southwards into the Las Calmas Sea. In other words, magma continues to move southwards and the question is whether or not it will at some point start rising to the surface.
Popocatépetl volcano (Central Mexico) activity update: gas, steam and ash venting, occasional explosions
Wed, 27 Jun 2012, 10:05 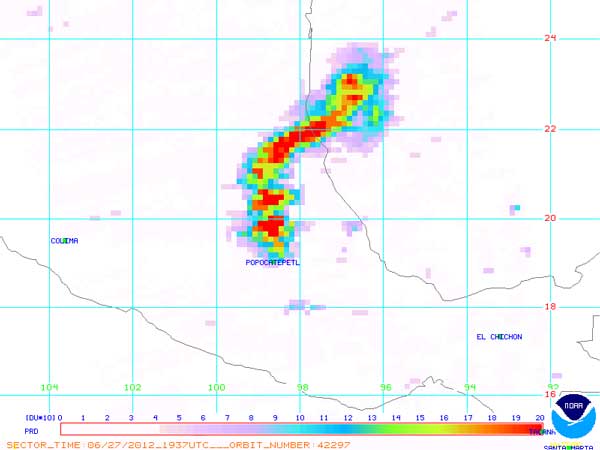 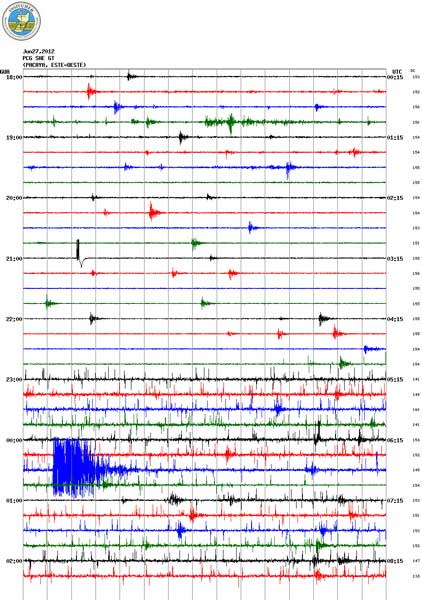 SO2 plume from Popo on 26 June
Gas and steam venting picked-up at Popocatepetl volcano in the past 24 hours. SO2 output from the volcano had increased the past few days.
to top
Volcanic activity world-wide 26-27 June: El Hierro, Popocatéptl, Pacaya, Santiaguito, Fuego
Wed, 27 Jun 2012, 09:11 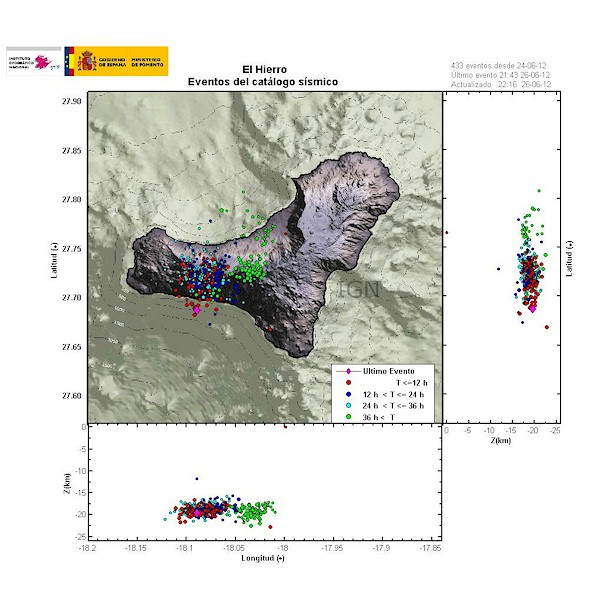 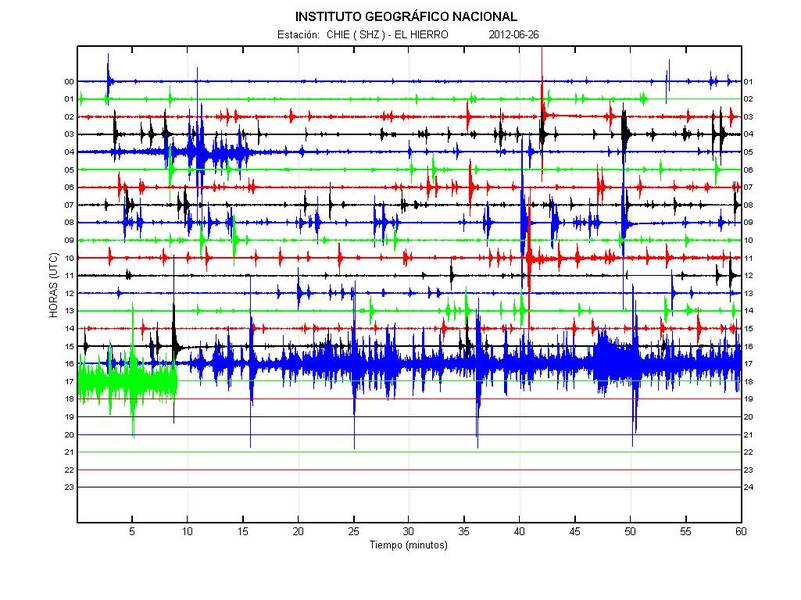 Introduction to Plate Tectonics
The Earth's upper, rigid layer is broken into several plates which are in constant motion to one another. Most earthquakes and volcanoes occur as result of these plate boundaries.
Volcano News

Volcano News group
Join our group on facebook: post reports, updates, or other interesting facts about volcanism and volcanic activity worldwide and discuss with other members.
Earthquake Catalog

Look up recent and past quakes worldwide or by selecting an area on the map!
Ethiopia

Ethiopia and the Danakil
Ethiopia is a very diverse and beautiful country. Thanks to our numerous expeditions to Erta Ale and Dallol and beyond, we have an extensive collection of images showing the volcano's lava lake, the desert, the colorful hot springs of Dallol, the vast salt lakes, camel caravans and more.
Earthquakes 2016