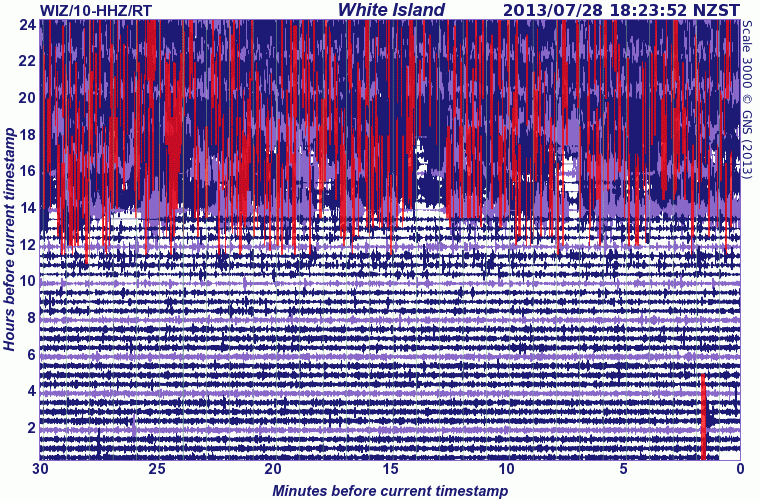 Seismic signal from White Island on 28 July (GeoNet)
The seismic crisis ended on 28 July with no eruption. Degassing remains elevated and incandescence is still visible from the dome in the crater.
Karangetang volcano (Siau Island, Sangihe Islands, Indonesia) activity update
Mon, 29 Jul 2013, 14:29
VSI has decreased the alert level from 3 (Siaga, Alert) (since 8 August 2011) back to 2 (Waspada, watch). No lava emissions/ejections have been observed since 7 July and seismic actity has been decreasing over the past weeks. No hot spot is visible on satellite imagery.
Ambrym volcano (Vanuatu) activity update
Mon, 29 Jul 2013, 14:26
A seismic swarm at the volcano was detected on 26 July, but no evidence of unusual activity at the surface has been detected. The lava lakes inside Benbow and Marum remain active.
to top
Tungurahua volcano (Ecuador) activity update
Mon, 29 Jul 2013, 14:19
During the past days, a further increase in activity of the volcano occurred, characterized by the generation of large explosions and a constant ash eruption column, and several small to big explosions that generated strong vibrations and rattled windows in villages near the volcano. An eruption at 07:23 (local time) on 28 July generated a small pyroclastic flow that affected the upper north and north east flank of the volcano. Read all
Shiveluch volcano (Kamchatka) activity update
Mon, 29 Jul 2013, 14:09
Activity has been elevated during the past days. Several explosions and / or dome collapse events have sent ash plumes to about 20,000 ft (6 km) elevation during the past days.
Volcanic activity worldwide 27 Jul 2013: White Island, Ketoi, Santa María / Santiaguito, Fuego, Pop...
Sat, 27 Jul 2013, 17:04 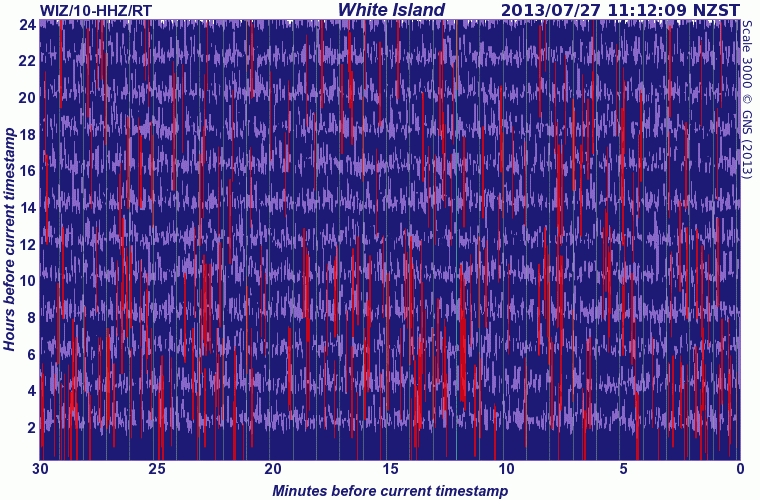 Current seismic recording from White Island (GeoNet)
Ketoi (Kurile Islands, Russia): (26 Jul) SVERT raised the alert level to yellow after a weak thermal anomaly has been detected on satellite data at the summit of the volcano. No other details about possible activity are currently known. Read all
Popocatépetl volcano (Central Mexico) activity update
Sat, 27 Jul 2013, 10:05 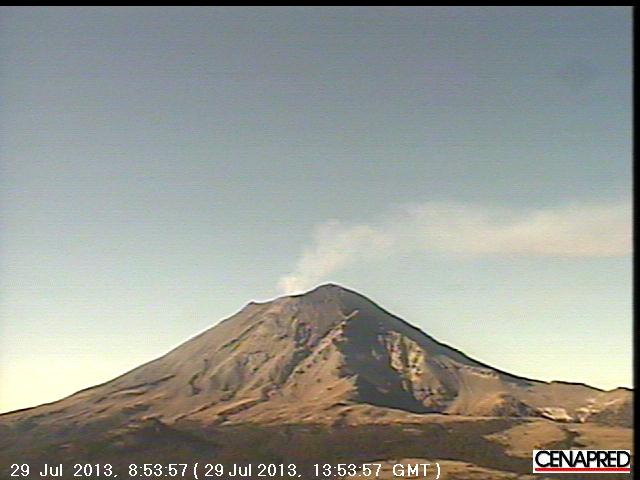 Gas plume from Popocatépetl
The volcano has remained relatively calm with an average of 2 weak emissions per hour over the past 24 hours.
to top
Popocatépetl volcano (Central Mexico) activity update
Fri, 26 Jul 2013, 23:19 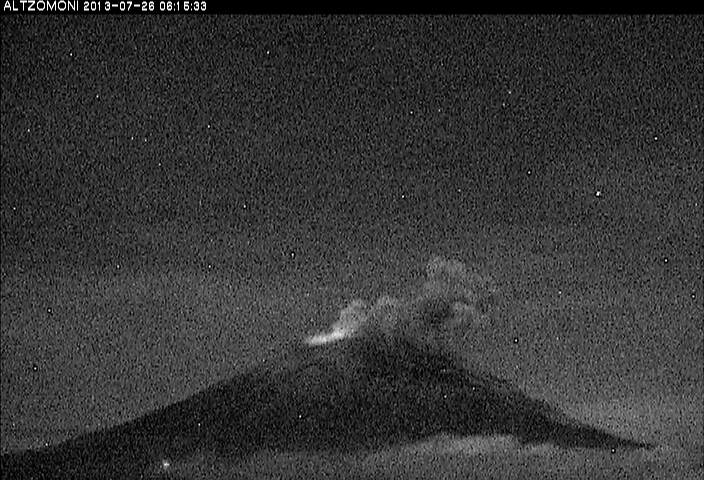 Land of Theseus
A relaxed walking and study tour to one of Greece's hidden treasures and also one of the least known volcanically active areas in Europe.
Tour photos

Land of Theseus
The Saronic Gulf opposite Athens is one of the most beautiful and interesting areas of Greece, full of beautiful landscapes, small towns, islands, archeological remains and one of Europe's least known active volcanic areas. Join us on a relaxing tour to discover this fascinating area!
Earthquakes

Earthquake News
Worldwide reports, updates on significant seismic events and more.
Get the ad-free version!
Why is there advertising on this site?
Support us - Help us upgrade our services!
We truly love working to bring you the latest volcano and earthquake data from around the world. Maintaining our website and our free apps does require, however, considerable time and resources.
We need financing to increase hard- and software capacity as well as support our editor team. We're aiming to achieve uninterrupted service wherever an earthquake or volcano eruption unfolds, and your donations can make it happen! Every donation will be highly appreciated. If you find the information useful and would like to support our team in integrating further features, write great content, and in upgrading our soft- and hardware, please make a donation (PayPal or Online credit card payment).