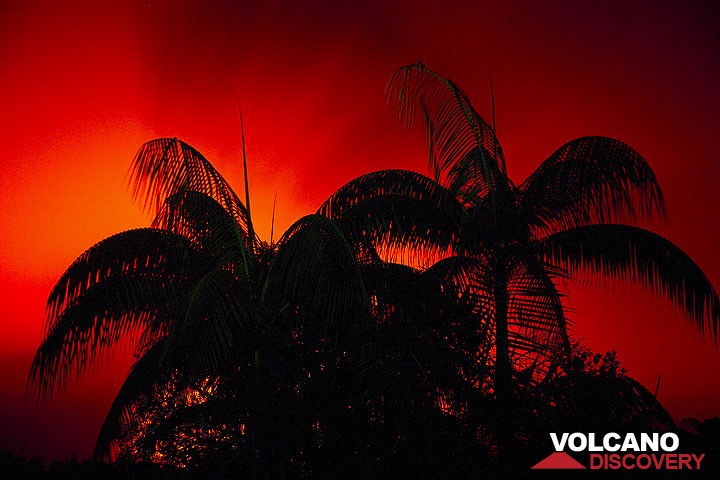 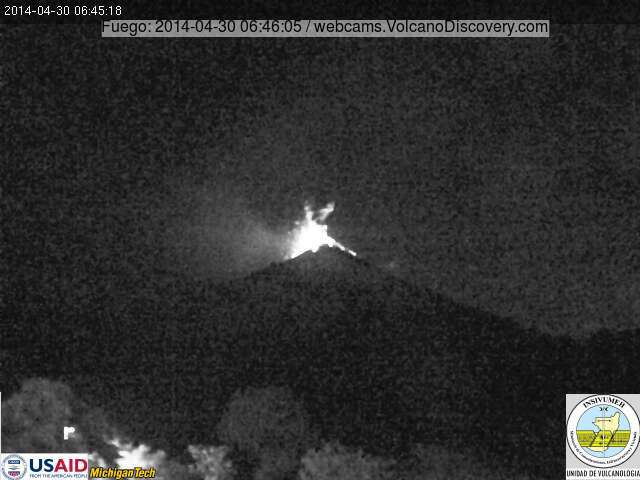 Strong strombolian eruption at Fuego this morning
Strombolian activity remains at similar, relatively intense levels. Incandescent material is thrown to up to 200 m above the crater and ash plumes reach 800 m in height. The following video shows the activity as time-lapse during the past 12 hours: Read all
Merapi volcano (Central Java, Indonesia): alert level raised
Wed, 30 Apr 2014, 15:27
VSI raised the alert level of the volcano from "normal" to "waspada" (2 out of 4). This decision was triggered by numerous signs that the volcano is in unstable phase that might or might not build up to an eruption: an increase in volcano-tectonic earthquakes, observed rock avalanches and gas emissions were detected over the past weeks. Read all
to top
Slamet volcano (West Java, Indonesia): alert level raised to 3 (out of 4)
Wed, 30 Apr 2014, 15:15
Following the increase in explosions, VSI raised the alert status of the volcano from Waspada to Siaga ("watch"), i.e. 3 on a scale of 1-4. Slamet is now along with Sinabung, Karangetang and Lokon-Empung the 4th Indonesian volcano on high alert.
Vanuatu volcano expeditions July - September 2014
Wed, 30 Apr 2014, 10:19 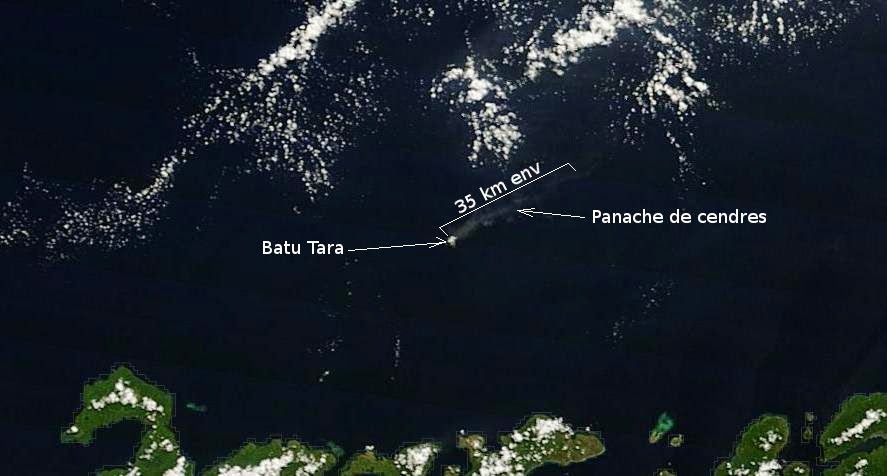 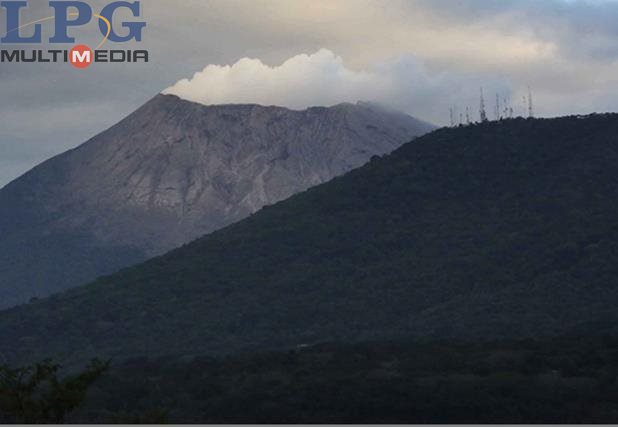 View of the steam plume from Charrapastique volcano (La Prensa Grafica)
The Chaparrastique volcano remains restless. An increase in degassing and seismic activity on Sunday was reported. According to a local press article, MARN observed pulsating gas emissions that reached heights between 200 and 600 meters between 9-11 pm yesterday local time as well after midnight.
Sakurajima volcano (Kyushu, Japan) activity update
Mon, 28 Apr 2014, 15:22
After a calm week during 12-20 April, the volcano is back with its typical average of 1-2 daily vulcanian explosions. Ash plumes have ranged from reaching 5-10,000 ft (1.5-3 km) altitude.
to top
Batu Tara volcano (Flores Sea, Indonesia): surge in activity
Mon, 28 Apr 2014, 15:20

Reviews from our guests
"Your Vanuatu Volcano tour was a fantastic mix of hard core volcanoes and cultural Vanuatu life... " -
Read what customers said about us!
Volcano Tours