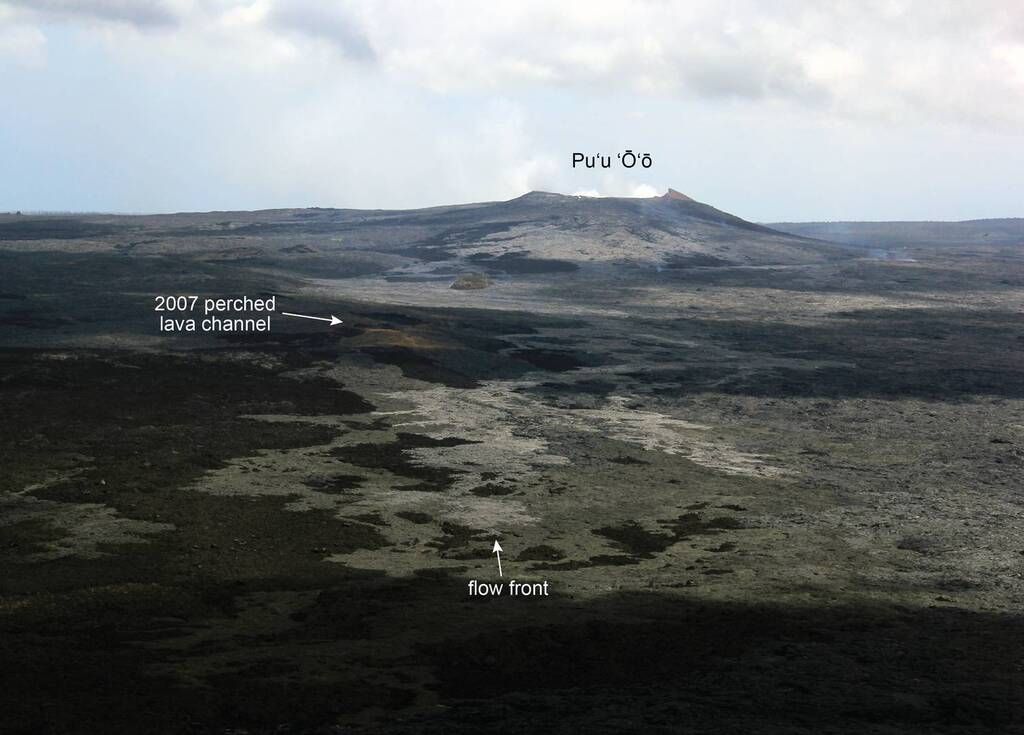 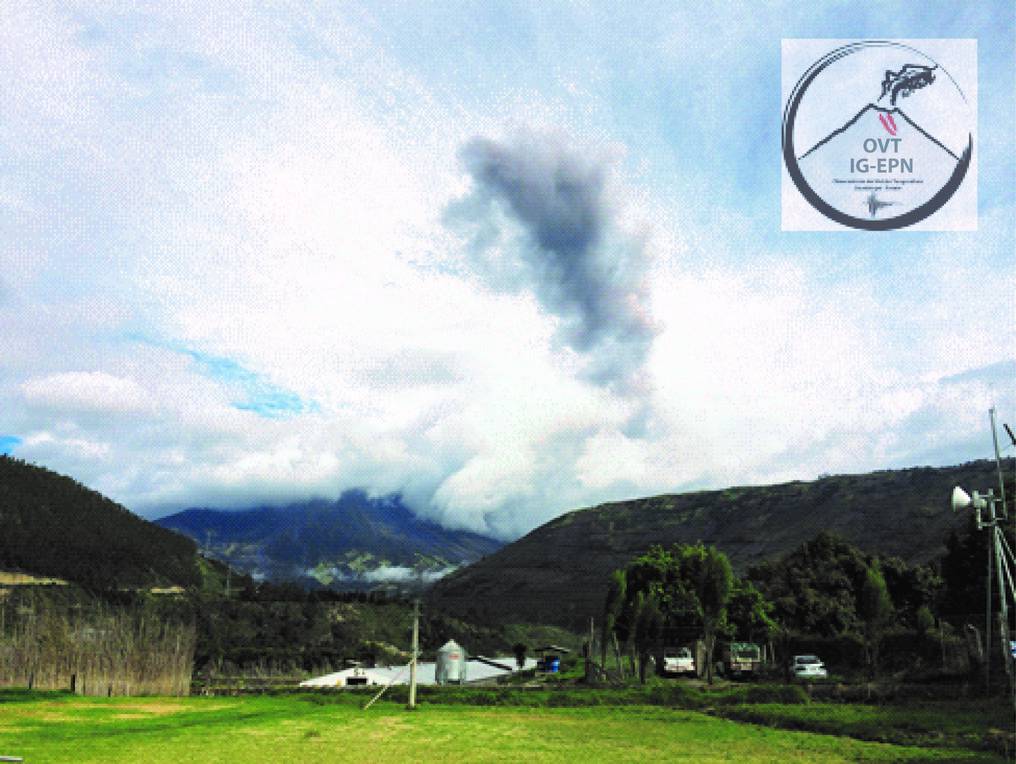 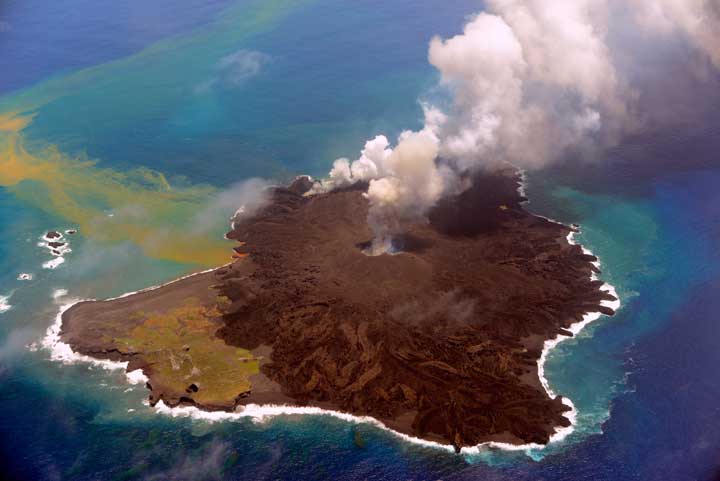 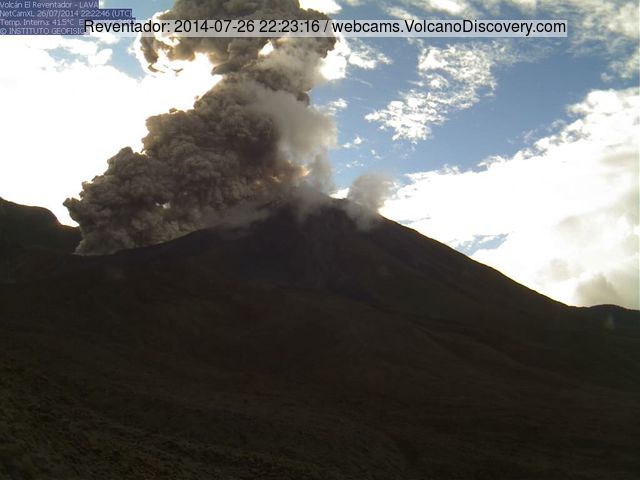 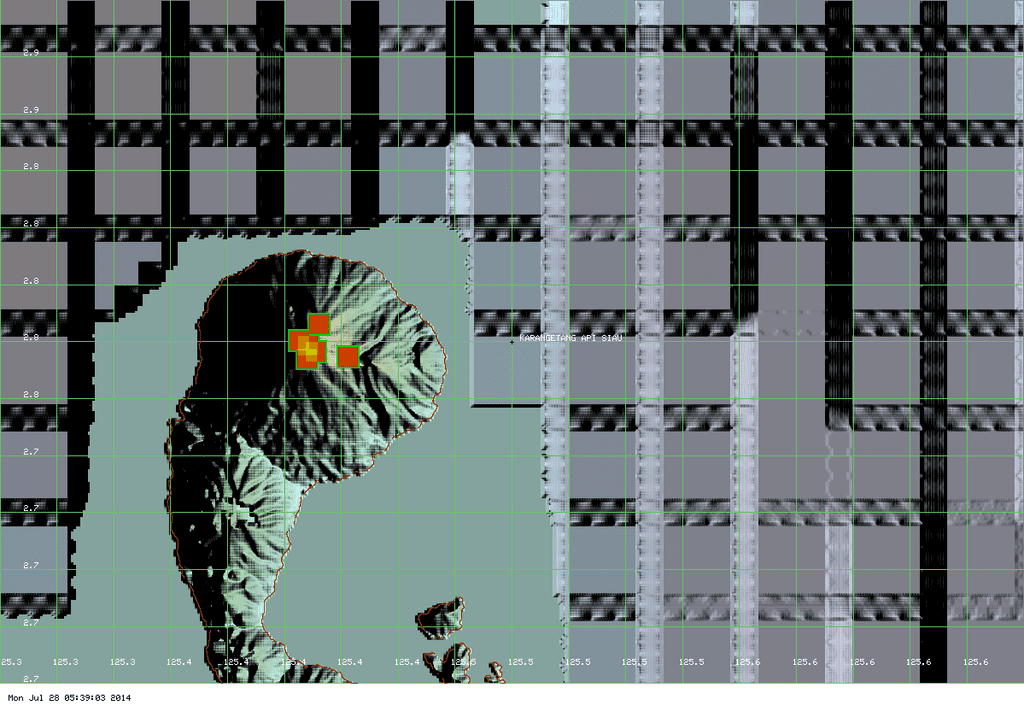 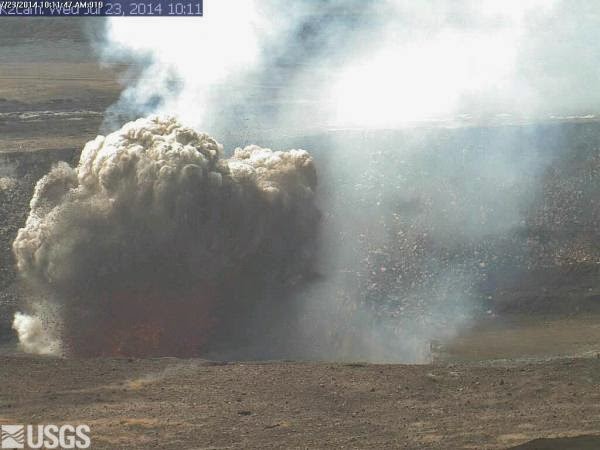 Explosive eruption at Halema'uma'u lava lake on 23 July
A piece of the crater walls of the Halema'uma'u lava lake collapsed on 23 July and triggered a small explosive eruption. Liquid spatter was ejected to the outer perimeter of the pit crater (including webcam position and the closed observation area) and an ash plume was generated. Read all
to top
Ibu volcano (Halmahera, Indonesia) activity update: thermal anomalies suggest resumed lava dome growth
Mon, 28 Jul 2014, 09:10 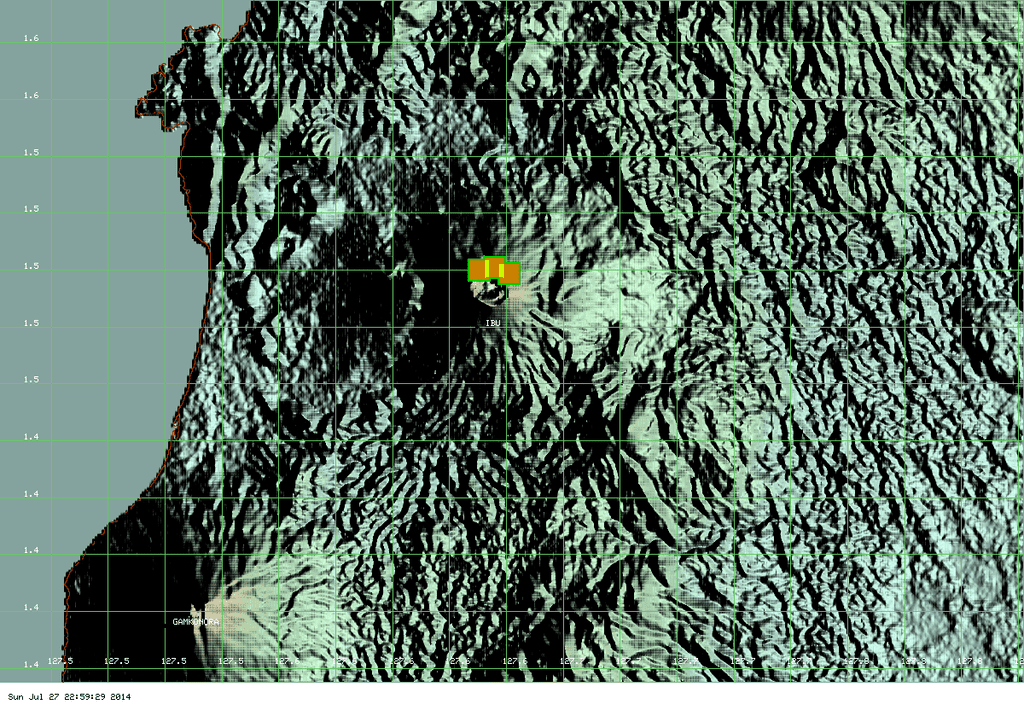 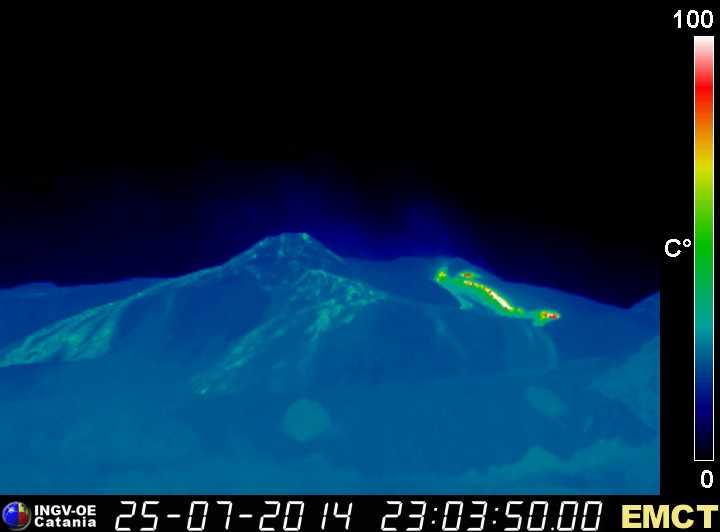 Thermal image of the effusive vents at the base of the NE crater with the lava flow (Monte Cagliato webcam, INGV Catania)
Etna (Sicily, Italy): (25 Jul) A new vent opened yesterday morning at 11:14 local time. Read all
Etna volcano update: Opening of a new vent at E base of North-East Crater
Fri, 25 Jul 2014, 23:41 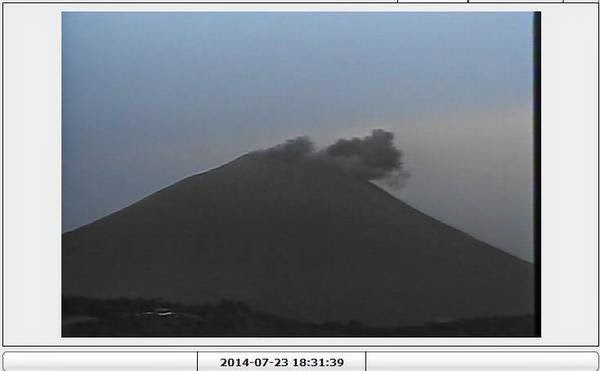 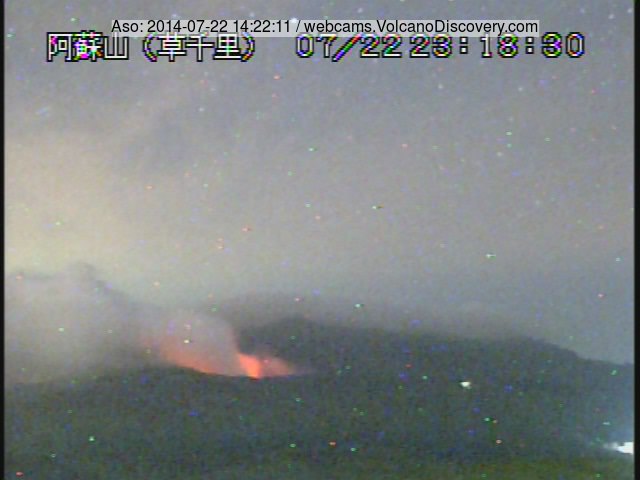 Volcano Trekking
A physically active tour to visit and climb some of Indonesia's most active and famous volcanoes: Papandayan and Galunggung in West Java, Merapi in Central Java, Kelud, Semeru, Bromo, the Tengger caldera, and Ijen in East Java.
Iceland

Photos from Iceland
Volcanoes in the land of fire and ice. Iceland is one of the volcanically most active places on earth.
Bromo eruption 2010-11

Photos from Mt Bromo in eruption during 2010-11
The most recent eruption of famous Mt Bromo volcano in East Java, Indonesia.
Etna

Etna volcano photos
Etna - Europe's largest and most active volcano is a universe in itself. Browse through our collection spanning almost 20 years of eruptions and more.
Get the ad-free version!
Why is there advertising on this site?
Support us - Help us upgrade our services!
We truly love working to bring you the latest volcano and earthquake data from around the world. Maintaining our website and our free apps does require, however, considerable time and resources.
We need financing to increase hard- and software capacity as well as support our editor team. We're aiming to achieve uninterrupted service wherever an earthquake or volcano eruption unfolds, and your donations can make it happen! Every donation will be highly appreciated. If you find the information useful and would like to support our team in integrating further features, write great content, and in upgrading our soft- and hardware, please make a donation (PayPal or Online credit card payment).