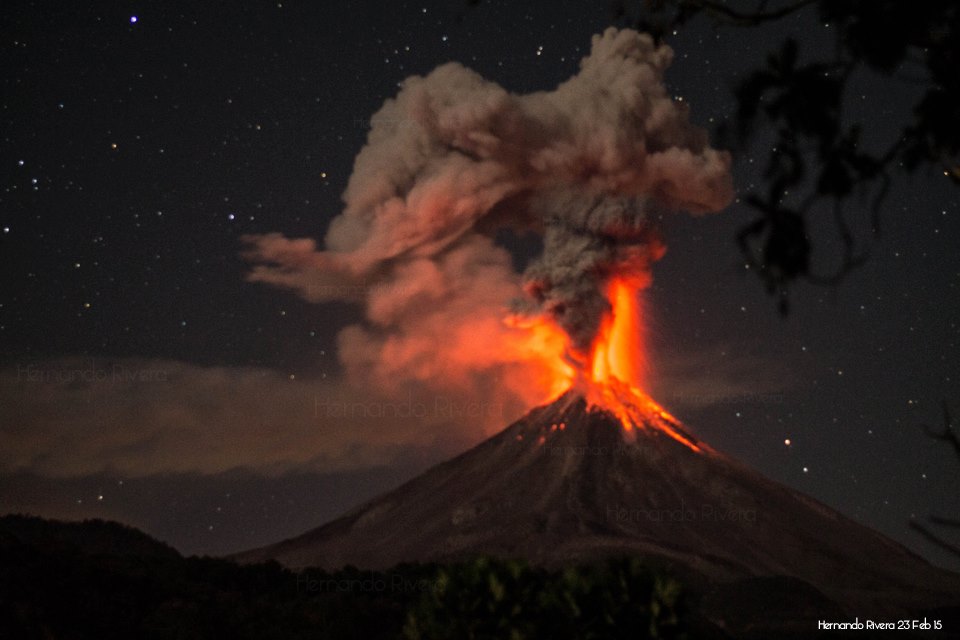 Starry sky and large explosive eruption of Colima, photograph by Hernando Rivera.
Colima (Western Mexico): Dr Tom Pfeiffer is part of a volcano filming expedition in Mexico at the moment. They have been observing Colima volcano over the past few days. Read all
Colima, Mexico: Explosive activity replaces effusive lava flows and domes
Sat, 28 Feb 2015, 22:02

Starry sky and large explosive eruption of Colima, photograph by Hernando Rivera.
Dr Tom Pfeiffer is part of a volcano filming expedition in Mexico at the moment. They have been observing Colima volcano over the past few days. Read all
Show more
Volcanic activity worldwide 27 Feb 2015: Stromboli volcano
Fri, 27 Feb 2015, 21:00 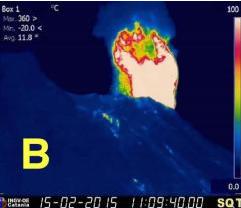 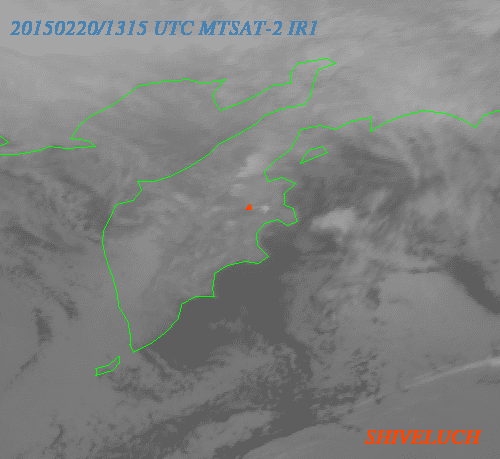 Sinabung's new lava lobe in the crater (image: Leopold Kennedy Adam ‏@LeopoldAdam / twitter)
Pyroclastic flows continue to occur, as a new lobe of viscous lava is growing in the summit crater. The collapses during the past 2 weeks and their associated flows have strongly changed the morphology of the crater, removing most of the existing dome, while this is now being replaced by fresh material. Read all
Volcanic activity worldwide 19 Feb 2015: Fuego volcano, Kliuchevskoi, Colima, Sakurajima
Thu, 19 Feb 2015, 21:00

Incandescent avalanches from an explosion at Klyuchevskoy this morning
Kliuchevskoi (Kamchatka): The strombolian-type activity from the summit crater of the volcano continues at moderate levels, with little changes over the past week. Read all
to top
Sakurajima volcano (Japan): activity summary 9-17 February - continuing moderate to strong explosions
Thu, 19 Feb 2015, 18:11
36 explosions occurred from Showa Crater during 9-13 February and ejected tephra as far as 1,300 m. Read all
Kliuchevskoi volcano (Kamchatka) activity update
Thu, 19 Feb 2015, 18:09

Incandescent avalanches from an explosion at Klyuchevskoy this morning
The strombolian-type activity from the summit crater of the volcano continues at moderate levels, with little changes over the past week. Read all
Show more
Volcano Blog
Mon, 27 Jun 2022, 09:12
Science Spotlight: Geothermal Colors

Raung volcano photos
One of the largest and most active volcanoes in East Java, rarely-visited and relatively unknown Raung became (in)famous during its recent eruption in 2015 when its frequent ash plumes forced the repeated closure of Bali's airport.
Volcano Webcams

Latest volcano webcam image
Many volcanoes can be observed in real-time using webcams. Look at the latest images collected from our volcano webcam viewer tool.
Dukono

Merapi volcano photos
One of the most active and most dangerous volcanoes of Indonesia: Merapi meaning "the one who makes fire", is a feared but also venerated holy mountain looming over the city of Yogyakarta, capital of Central Java.
Volcanoes outside Earth