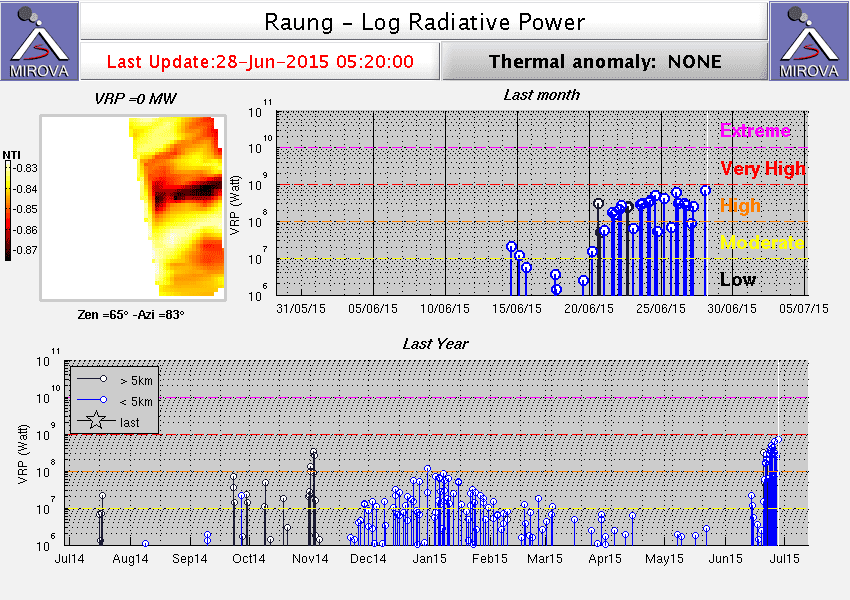 Heat signal from Raung volcano during the past year (MIROVA)
Manam (Papua New Guinea): According to Darwin VAAC, an ash plume from the volcano rose 8,000 ft and extended 70 km to the NE today. The volcano seems to be in a phase of intermittent mild explosive activity. Read all
Reventador volcano (Ecuador): new phase of elevated activity, lava flow
Sun, 28 Jun 2015, 10:55 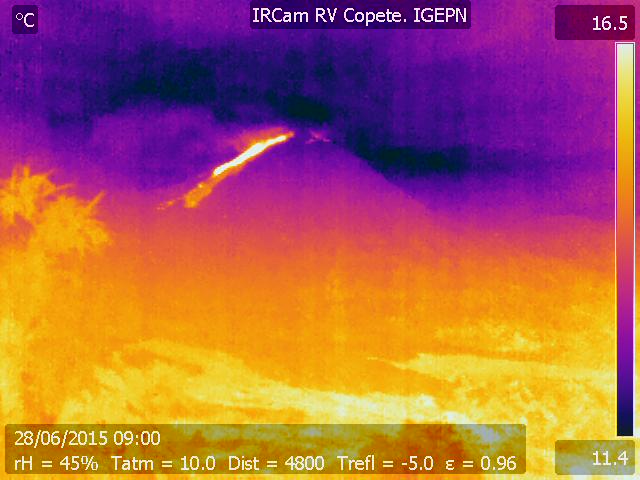 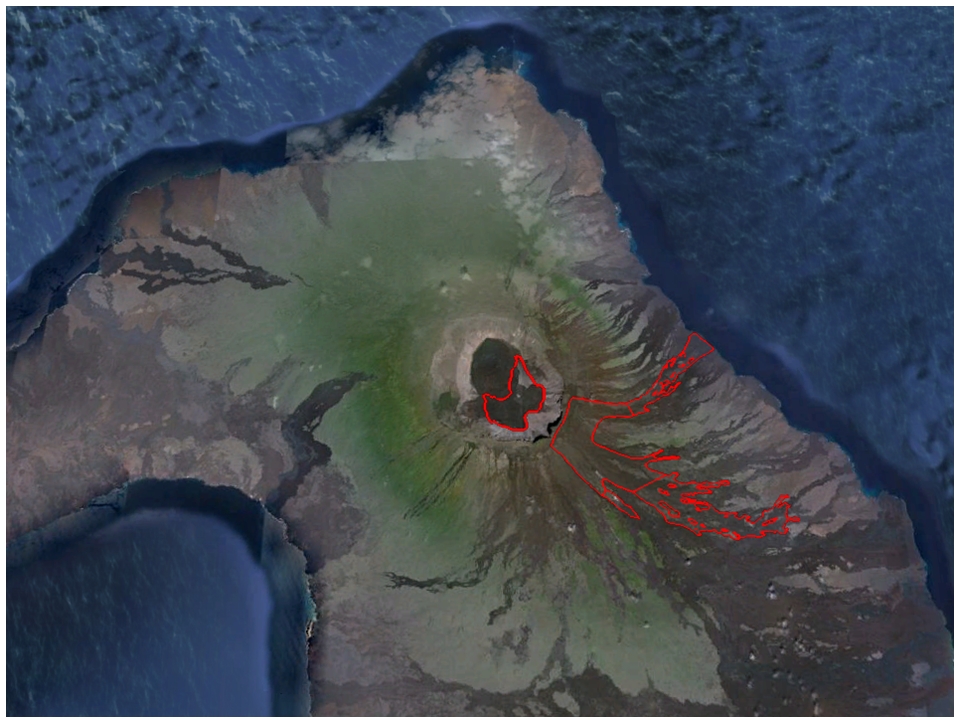 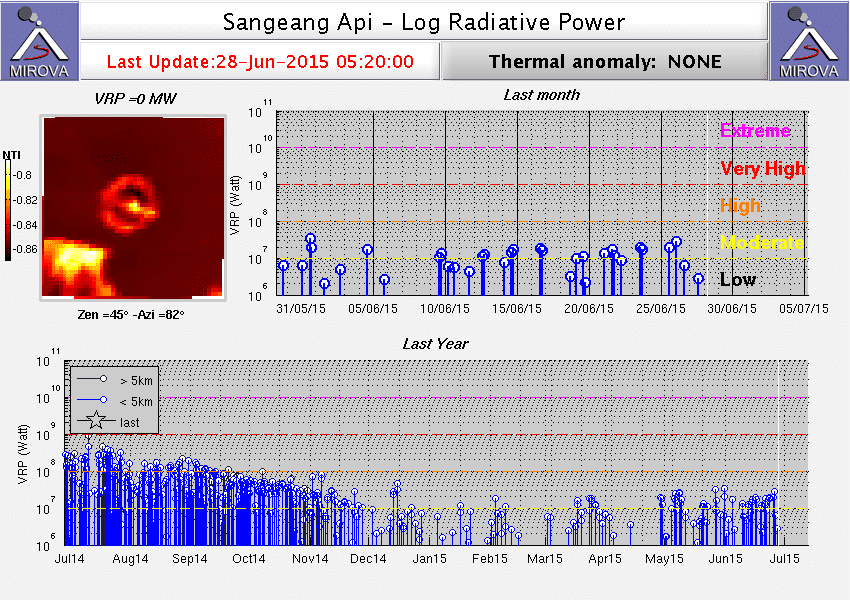 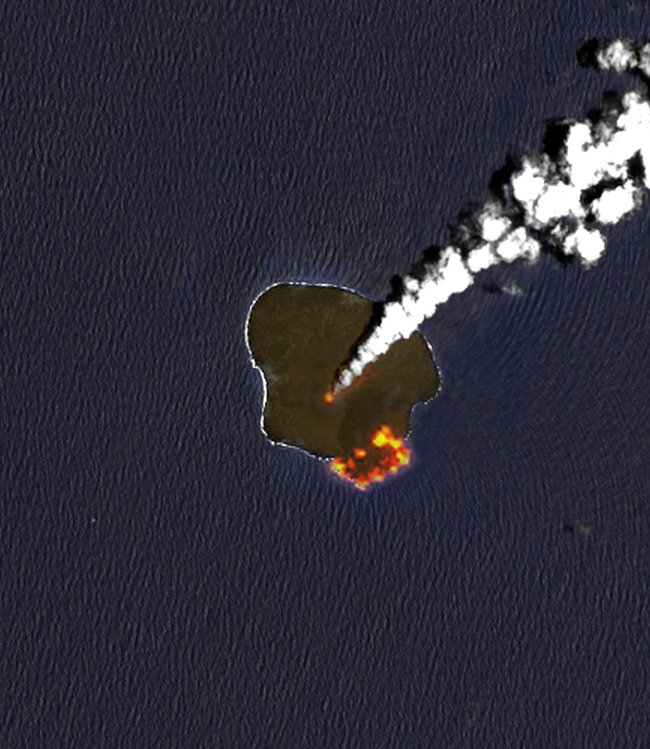 Photos from Germany
Germany has a large number of volcanoes - most of them extinct, but the Eifel volcanic field is still potentially active.
Kilauea

Kilauea volcano, Hawai'i
Kilauea is the most active volcano on earth, in constant eruption since 1983!
Lava lakes

Volcano Expeditions
Witnessing a volcanic eruption from close is an unforgettable experience. We offer a wide variety of tours and expeditions to active volcanoes worldwide.
São Jorge Island

Volcano-seismic crisis 2022
Follow the latest news and update on the volcano-seismic crisis that started on São Jorge Island in the Azores on 19 March 2022!
Get the ad-free version!
Why is there advertising on this site?
Support us - Help us upgrade our services!
We truly love working to bring you the latest volcano and earthquake data from around the world. Maintaining our website and our free apps does require, however, considerable time and resources.
We need financing to increase hard- and software capacity as well as support our editor team. We're aiming to achieve uninterrupted service wherever an earthquake or volcano eruption unfolds, and your donations can make it happen! Every donation will be highly appreciated. If you find the information useful and would like to support our team in integrating further features, write great content, and in upgrading our soft- and hardware, please make a donation (PayPal or Online credit card payment).