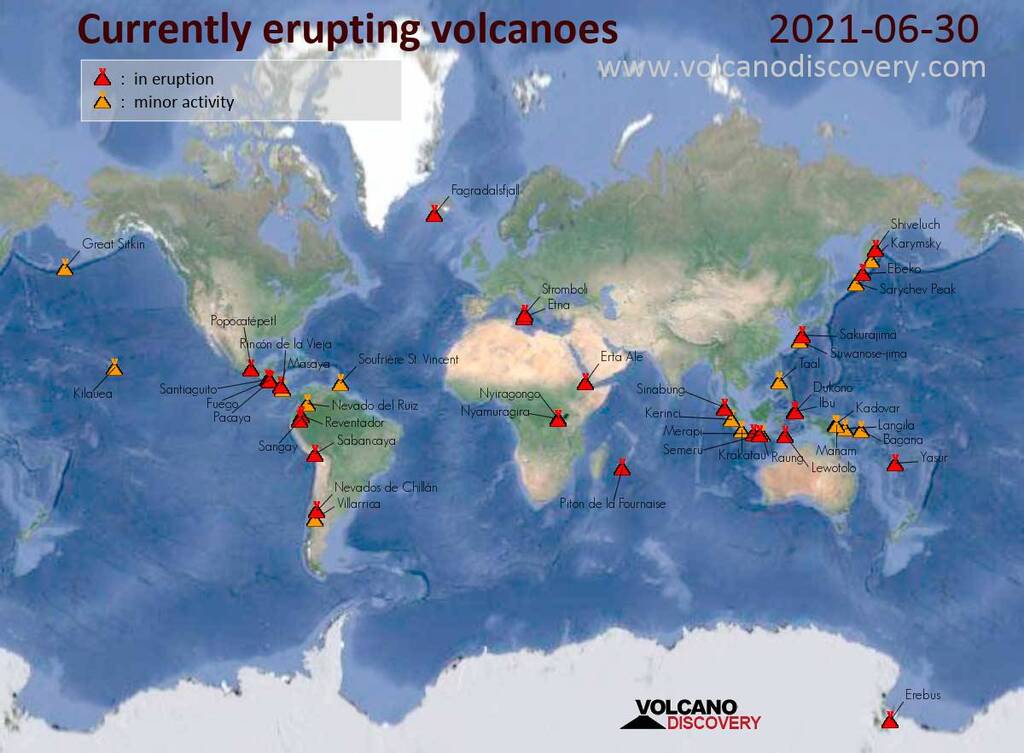 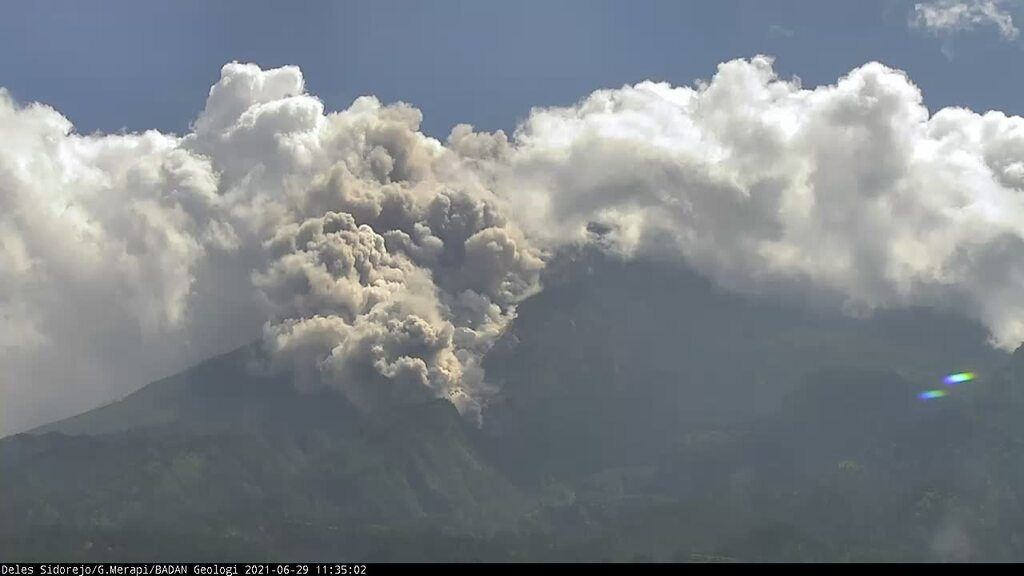 Planet's Earth closest sister, Venus, is not only similar in size and composition, but also has volcanic activity. In fact, volcanic deposits cover approx. 80 % of its surface! Read all
Mon, 27 Jun 2022, 09:12
Science Spotlight: Geothermal Colors 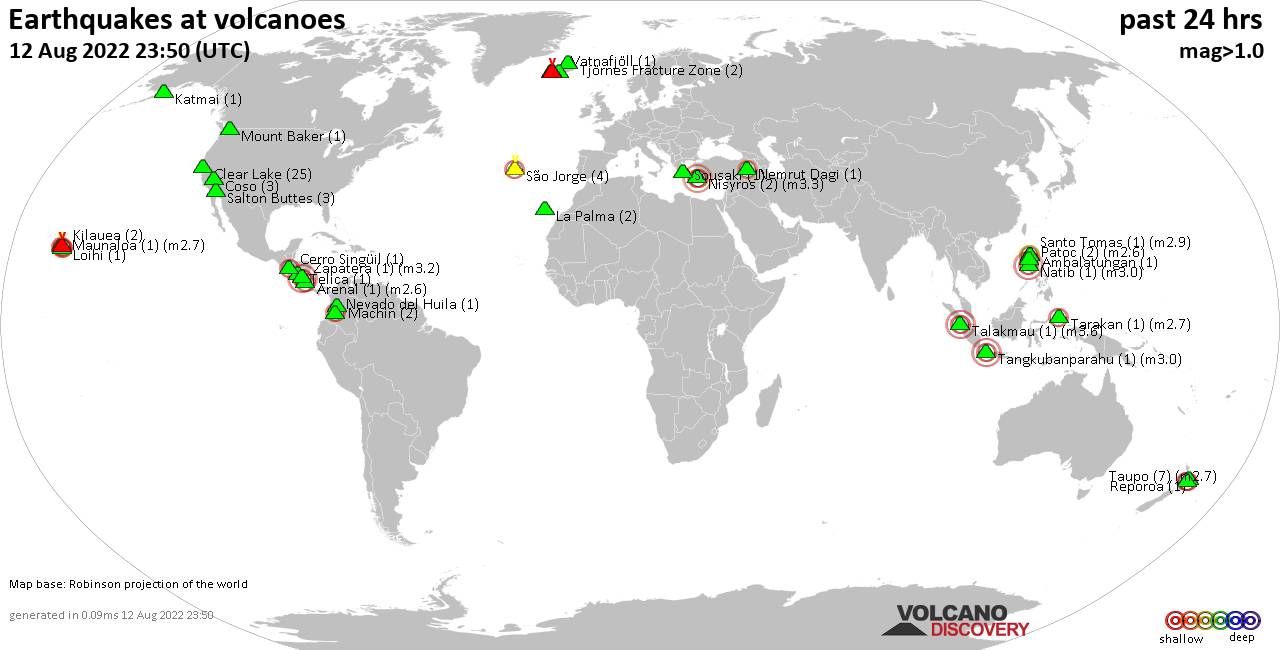 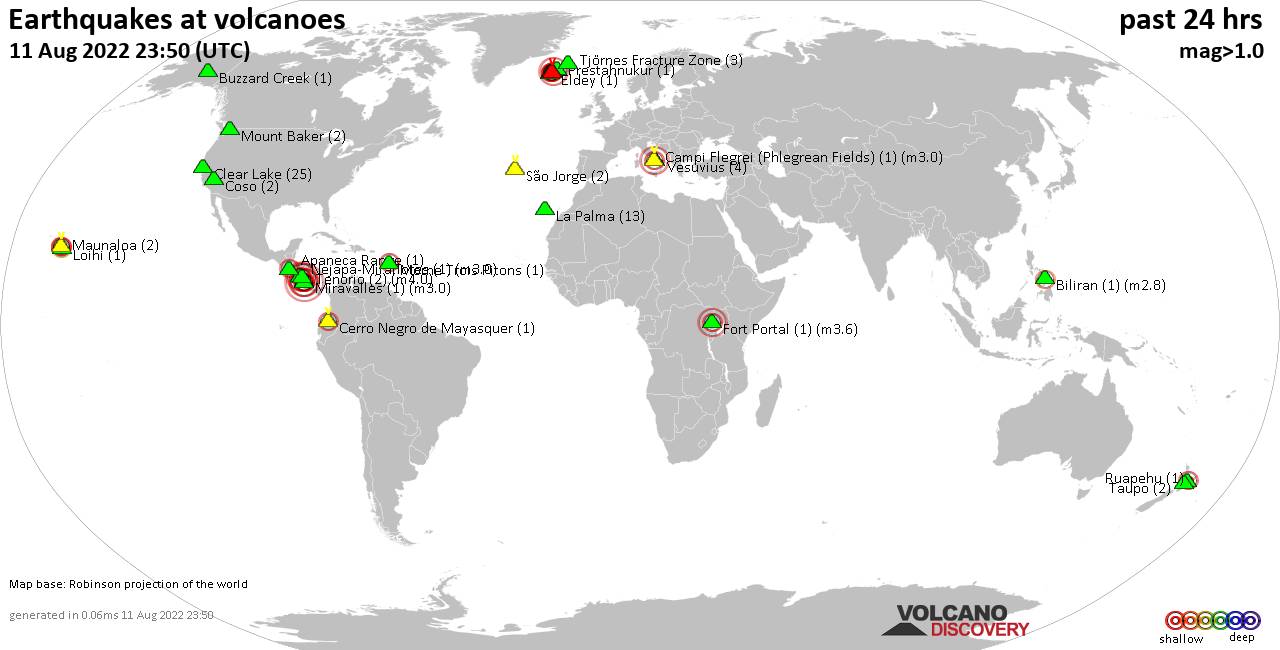 Kilauea volcano photos
The most active volcano in the world with a record long lasting eruption since 1983: images of lava flows, lava lakes, explosions, lava meeting the ocean, aerials and more.
Hawai'i

Hawai'i and Kilauea volcano photos
Lava flows, lava lakes, eruptions and aerial images from Kilauea on the Big Island of Hawai'i throughout the years.
Ijen

Ijen volcano photos
Ijen volcano in East Java is famous for its turquoise acid crater lake and the large sulfur deposits that are being mined by local workers. At night, the scene is illuminated by ghostly blue flames, as sulfur ignites.
Volcanic ash alert

Latest VAAC alerts
The Volcanic Ash Advisory Centers provide near-real time global monitoring of volcanic ash plumes for aviation. Read the latest (or browse past) advisories.
Get the ad-free version!
Why is there advertising on this site?
Support us - Help us upgrade our services!
We truly love working to bring you the latest volcano and earthquake data from around the world. Maintaining our website and our free apps does require, however, considerable time and resources.
We need financing to increase hard- and software capacity as well as support our editor team. We're aiming to achieve uninterrupted service wherever an earthquake or volcano eruption unfolds, and your donations can make it happen! Every donation will be highly appreciated. If you find the information useful and would like to support our team in integrating further features, write great content, and in upgrading our soft- and hardware, please make a donation (PayPal or Online credit card payment).