Updated: May 27, 2022 07:17 GMT - Refresh
Awu volcano (Sangihe Islands) - Smithsonian / USGS Weekly Volcanic Activity Report for 11 May-17 May 2022 (New Activity / Unrest)
Wed, 18 May 2022, 17:50
PVMBG had raised the Alert Level for Awu to 2 (on a scale of 1-4) on 12 December 2021 because of a notable increase in the number of both shallow and deep volcanic earthquakes. Since then the number of shallow and deep volcanic earthquakes averaged 8 and 5 events per day, respectively. Gas emissions had not been visible, though weather conditions sometimes prevented views of the volcano. Read all
Awu volcano (Sangihe Islands, Indonesia): alert status raised to Level 3, elevated unrest continues
Fri, 13 May 2022, 03:57

White plume from the crater area of Awu volcano yesterday (image: Badan Geologi/twitter)
The Volcanic Alert Level of the volcano was raised from Level 2 (valid from 12 December 2021) to Level 3, as an increase of volcanic earthquakes has been registered over the past three days. Read all
Show more
Awu (Indonesia) - Smithsonian / USGS Weekly Volcanic Activity Report for 8 December-14 December 2021 (NEW)
Wed, 15 Dec 2021, 06:42
PVMBG reported that volcanic seismicity at Awu had increased beginning in October. Notably, the number of shallow volcanic earthquakes increased to 7-26 events per day from the previous maximum of 5 daily events. The number of deep volcanic earthquakes also increased. Read all
Awu volcano (Sangihe Islands, Indonesia): increasing seismic activity since October, Volcanic Alert Level raised to Level 2
Mon, 13 Dec 2021, 03:23 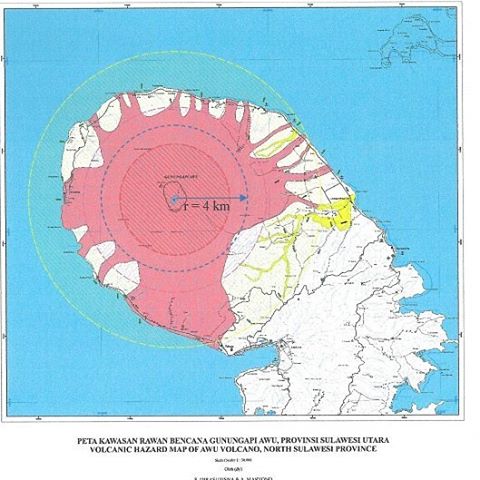 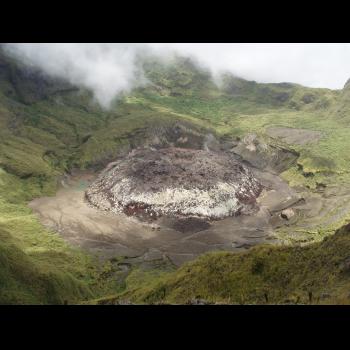 Volcano Videos on YouTube
Our YouTube channel: volcanic activity world-wide shown through videos taken during our volcano tours and expeditions complimented by some time-lapse videos from webcams.
Volcano Adventure Guide

Excellent information for anyone wishing to visit and enjoy active volcanoes safely. Detailed guidelines to 42 different volcanoes around the world.
Earthquake report

Monthy earthquake reports
For each month since July 2012, we publish a summary of quake activity world-wide: find the list of largest quake, a map showing all significant quakes as well as detailed statistics on seismic activity during this time.
Bardarbunga update

Current activity of Bardarbunga volcano, Iceland
An intense seismic crisis started at Bárdarbunga volcano on 16 August 2014 and is continuing at the time of writing (23 Aug). It may or may not lead to a volcanic eruption, possibly under the Vatnajökull ice cap.
Follow updates as news come in!
Get the ad-free version!
Why is there advertising on this site?
Support us - Help us upgrade our services!
We truly love working to bring you the latest volcano and earthquake data from around the world. Maintaining our website and our free apps does require, however, considerable time and resources.
We need financing to increase hard- and software capacity as well as support our editor team. We're aiming to achieve uninterrupted service wherever an earthquake or volcano eruption unfolds, and your donations can make it happen! Every donation will be highly appreciated. If you find the information useful and would like to support our team in integrating further features, write great content, and in upgrading our soft- and hardware, please make a donation (PayPal or Online credit card payment).