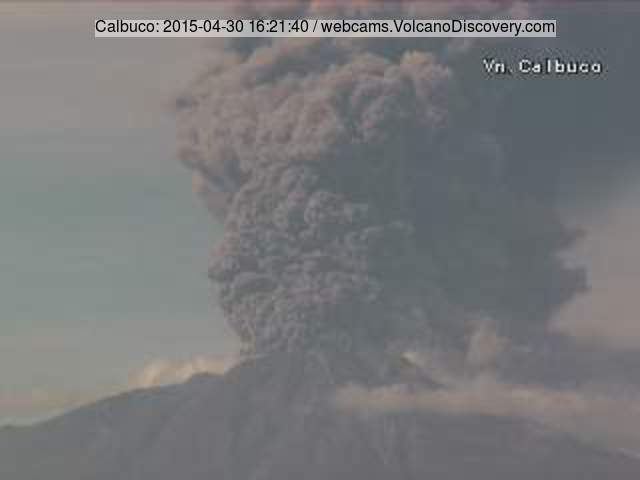 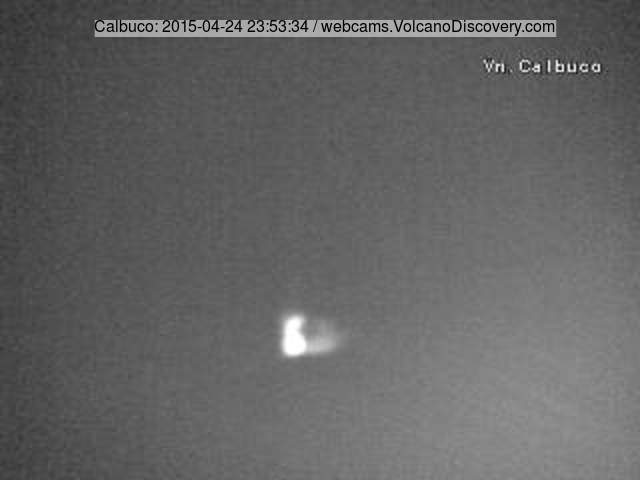 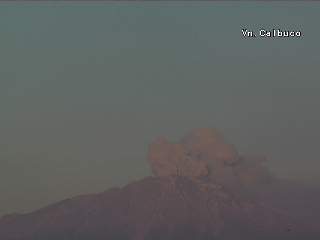 Ash emission from Calbuco this evening
Starting from 23:30 local time last night (23 April), activity at the volcano has again increased. The volcano started to produce more or less continuous small to moderate ash emissions, that have been reaching up to 2 km height and drifted mainly northeast. Read all
Calbuco volcano update: Volcano stays quiet (so far)
Fri, 24 Apr 2015, 07:50
The volcano has so far stayed calm, but the alert level remains at red because another explosion could occur. A major problem in this situation seems to be that eruptions such as the recent one are likely to remain something impossible to predict - at least in some cases. Read all
Calbuco volcano update: Missing excursionist feared dead returned safe
Thu, 23 Apr 2015, 19:10
The 21 y-o mountaineer who was missing and feared victim of the eruption has survived and has been rescued, fortunately. Together with a small group of friends, he was on excursion on the mountain when the eruption occurred last night. Read all
Calbuco volcano update: Eruption update / summary
Thu, 23 Apr 2015, 18:04 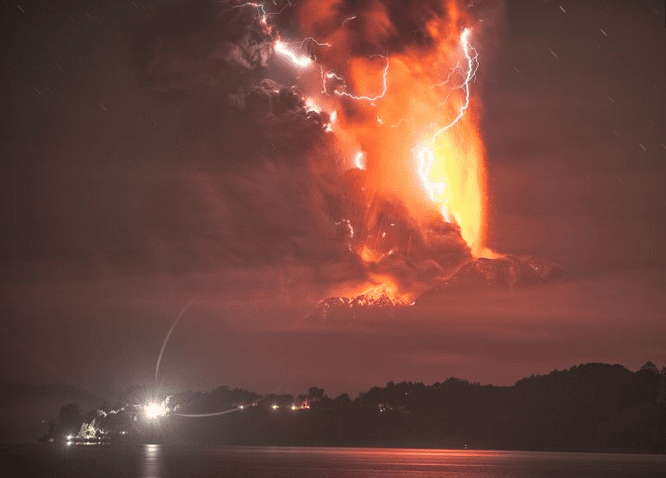 Sub-plinian eruption of Calbuco this morning (image: C.I.M.A.T / facebook)
The violent eruption of the volcano that had started at 01:00 local time this morning lasted about 6 hours and gradually waned. However, a third explosion in the near future remains a possibility. Read all
to top
Calbuco volcano (Chile): major eruption - updates
Thu, 23 Apr 2015, 11:30 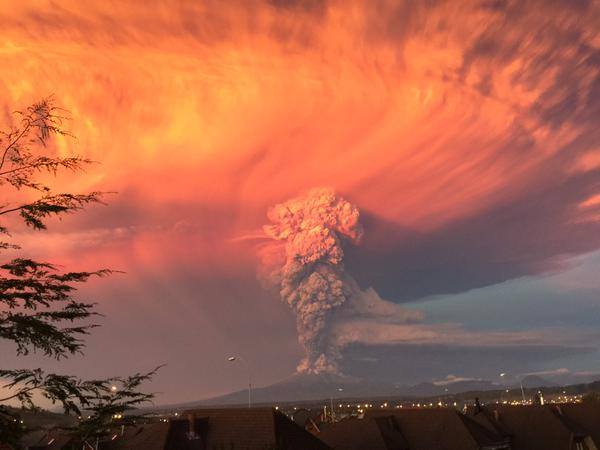 Eruption plume from Calbuco on 22 April (source: Fusion Terrestre / facebook)
A major explosive eruption started at the volcano yesterday afternoon (20:45 GMT). VAAC Buenos Aires reported an ash plume to 30,000 ft (10 km) altitude. Read all
Calbuco volcano (Chile) - Smithsonian / USGS Weekly Volcanic Activity Report for 22 April-28 April 2015 (New Activity / Unrest)
Wed, 22 Apr 2015, 06:00
OVDAS-SERNAGEOMIN reported that an eruption from Calbuco began at 1804 on 22 April, prompting the Alert Level to be raised to Red (the highest level on a four-color scale) and causing a 20-km exclusion zone to be declared. The eruption was preceded by an hour-long period of volcano-tectonic events followed by long-period events; no increases in seismicity had been noted since 2009 when real-time seismic monitoring started. After a large seismic event detected at 1735, a 90 minute eruption generated a sub-Plinian, gray ash plume that rose 15 km above the main crater and drifted mainly ENE, although fine ash drifted N and NW. Read all
First visit to our site? If you havn't done it yet, download the Volcanoes & Earthquakes app to get one of the fastest volcano news online:
Android | IOS

Dallol hot springs
One of the most bizarre landscapes on earth: Dallol is a vast and very active hydrothermal field creating a colorful array of hot springs, small geysers, salt towers, colorful lakes and ponds in the middle of the deepest part of the Danakil desert and the Karum salt lake.
Lava lakes

Colors of Iceland
Discover Iceland's fascinating geology and volcanic activity on this relaxed photo and geo tour! Get to see the new volcanic eruption on the Reykjanes peninsula from close!
Get the ad-free version!
Why is there advertising on this site?
Support us - Help us upgrade our services!
We truly love working to bring you the latest volcano and earthquake data from around the world. Maintaining our website and our free apps does require, however, considerable time and resources.
We need financing to increase hard- and software capacity as well as support our editor team. We're aiming to achieve uninterrupted service wherever an earthquake or volcano eruption unfolds, and your donations can make it happen! Every donation will be highly appreciated. If you find the information useful and would like to support our team in integrating further features, write great content, and in upgrading our soft- and hardware, please make a donation (PayPal or Online credit card payment).