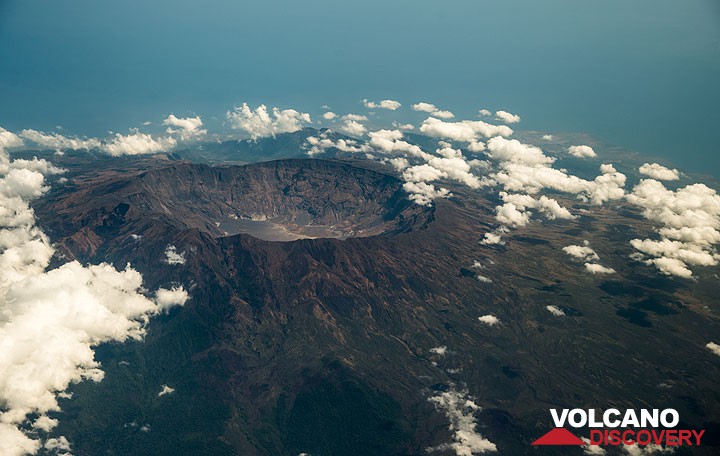 The large caldera of Tambora volcano seen from the air

On 10 April 1815, Tambora produced the largest eruption known on the planet during the past 10,000 years. The volcano erupted more than 50 cubic kilometers of magma. Caldera collapse at the end of the eruption destroyed 30 km3 of the mountain and formed a 6 km wide and 1250 m deep caldera.
FLoating islands of pumice 3 miles long were observed in April 1815, and even 4 years later, these islands still hindered navigation.
The eruption produced global climatic effects and killed more than 100,000 people, directly and indirectly. Minor lava domes and flows have been extruded on the caldera floor at Tambora during the 19th and 20th centuries.

The massive Tambora stratovolcano forms the entire 60-km-wide Sanggar Peninsula on northern Sumbawa Island. The volcano originally grew to about 4000 m elevation before a major explosion destroyed its summit and left a pre-1815 caldera more than 43,000 years ago. Lava flows had largely filled the early caldera by about 10,000 years ago, before its activity changed to dominantly explosive eruptions, culminating in the 1815 eruption.

The eruption in 1815 emptied about 50-150 cubic km of magma and measures 7 on the VEI scale. It produced a giant plinian eruption column, which is estimated to have reached more 40-50 km altitude, ejecting large amounts of ash and aerosols into the stratosphere.
Pyroclastic flows reached the sea on all sides of the peninsula, and heavy tephra fall devastated croplands, causing an estimated 60,000 fatalities. Entire villages were buried under thick pumice deposits. Some of the settlements have recently been brought back to light by archaeological excavations, making the site a "Pompeii of Indonesia". Large tsunamis with wave heights of 10 or more meters might have occurred.
While the death toll of people living on Sumbawa and surrounding coastal areas was high enough, even more fatalities can be attributed to the indirect effect of global climate deterioration after the eruption. These changes turned 1816 into the "year without a summer" for much of Europe, causing widespread famine. It is estimated that it caused the death of over 100,000 people.
The reason for the climatic changes was increased absorption of sunlight due to a veil of aerosols (consisting mostly of tiny droplets of H2SO3 acid, formed by SO2 release) that were dispersed around both hemispheres by stratospheric currents from the tall eruption column. Global temperatures dropped by as much as 3 deg C in 1816 and recovered during the following years.
It is also believed that the eruption produced tsunamis with waves possibly as high as 10 meters. 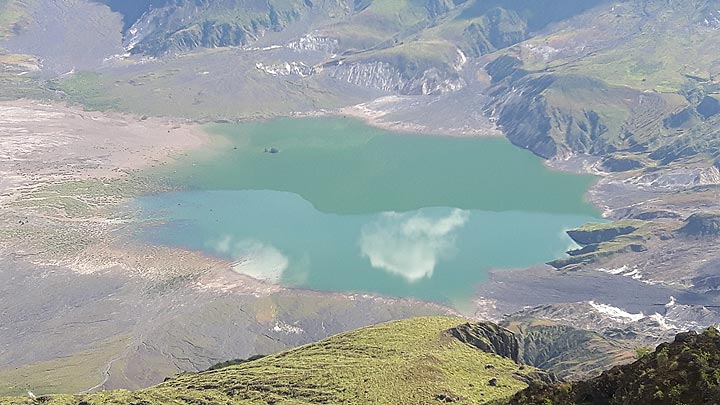 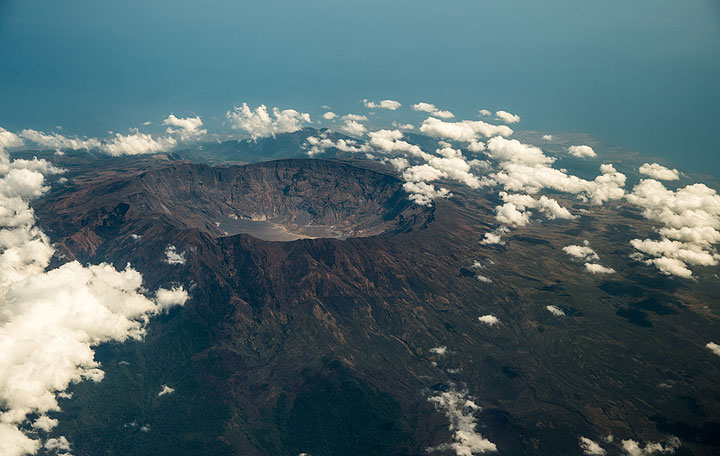 The mightly caldera of Tambora volcano - the site of the largest known historic volcanic explosion in the world: the volcano was decapitated during its violent explosion ... 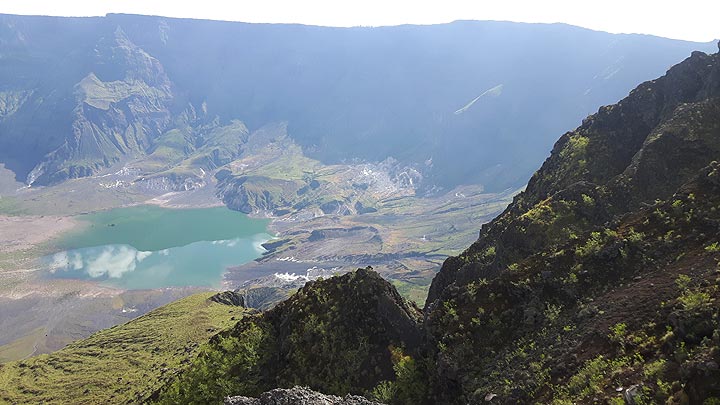 See also: Sentinel hub | Landsat 8 | NASA FIRMS
First visit to our site? If you havn't done it yet, download the Volcanoes & Earthquakes app to get one of the fastest volcano news online:
Android | IOS
Actualitées
sam., 6 avril 2013, 14:09

Based on visual observations and seismic data, CVGHM raised the Alert Level for Tambora to 2 (on a scale of 1-4) on 5 April. ... Read all
Découvrez notre app gratuite !

17 days volcano trekking
This is one of our most exciting volcano tours! Halmahera, North Sulawesi and the Sangihe Islands are not only very scenic and interesting as well as nearly unspoiled by tourism, but also home to some of the country's most active (and often erupting) volcanoes, inclduing Dukono, Ibu, Lokon, Soputan and Karangetang.
Volcano Tours

Volcano Expeditions
Witnessing a volcanic eruption from close is an unforgettable experience. We offer a wide variety of tours and expeditions to active volcanoes worldwide.
Vulkane Italiens

Photos from lava lakes in the world: Erta Ale, Nyiragongo, Hawaii, Vanuatu
Why is there advertising on this site?