Abu volcano is a group of 56 smaller volcanic centers with no individual large central volcano, located near the Japan Sea coast in southwest Honshu, Japan, 80 km west of Hiroshima.
The group, also known as the Abu Monogenetic Volcano Group (AMVG), covers 400 sq km and consists of basaltic-to-dacitic lava flows, small shield volcanoes (some with associated cinder cones) and lava domes. Its total volume is ca. 4 cubic km, with no individual center being larger than 0.5 km3.
Irao-yama (641 m) is the highest peak. Some of the volcanic centers of Abu volcano form offshore islands or submarine vents.
The most recent eruption at the volcano was a central vent explosion at Kasa-yama ca. 8000 years ago.

Volcanism of the Abu group is believed to be caused by upwelling mantle diapirs, and is is related to subduction of the Philippine Sea Plate. The volcanic group is part of the southwestern Japanese arc, which lies subparallel to the Nankai trough.
The erupted magmas of Abu are mainly alkaline basalt and calc-alkaline andesite - dacite in composition.
Eruptions from Abu volcano:
Volcanic activity occurred mainly in 2 phases. An earlier and more intense phase of activity was between ca. 3 and 1.6 million years ago when a quiescent interval followed. The second, less intense phase of activity started about 800,000 years ago and continues into present. The latest known eruption of the AMVG was dated by thermoluminescence at about 8800 years ago.
---
Sources:
- Smithsonian / GVP volcano information
- Kiyosugi et al (2010) "Relationships between volcano distribution, crustal structure, and P-wave tomography: An example from the Abu monogenetic volcano group, SW Japan." Bull. Volcanol. 72 (3), 331-340. 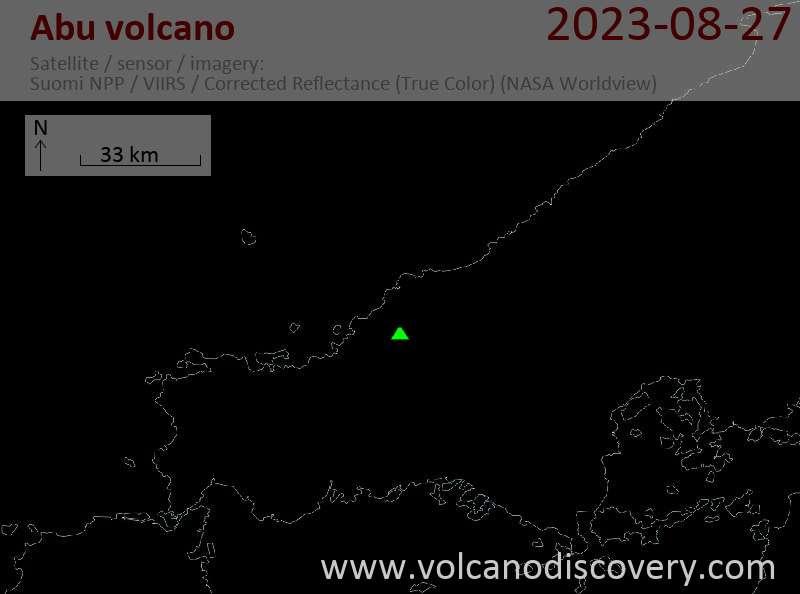 See also: Sentinel hub | Landsat 8 | NASA FIRMS
First visit to our site? If you havn't done it yet, download the Volcanoes & Earthquakes app to get one of the fastest volcano news online:
Android | IOS
Latest news
Sun, 10 Apr 2022, 00:15 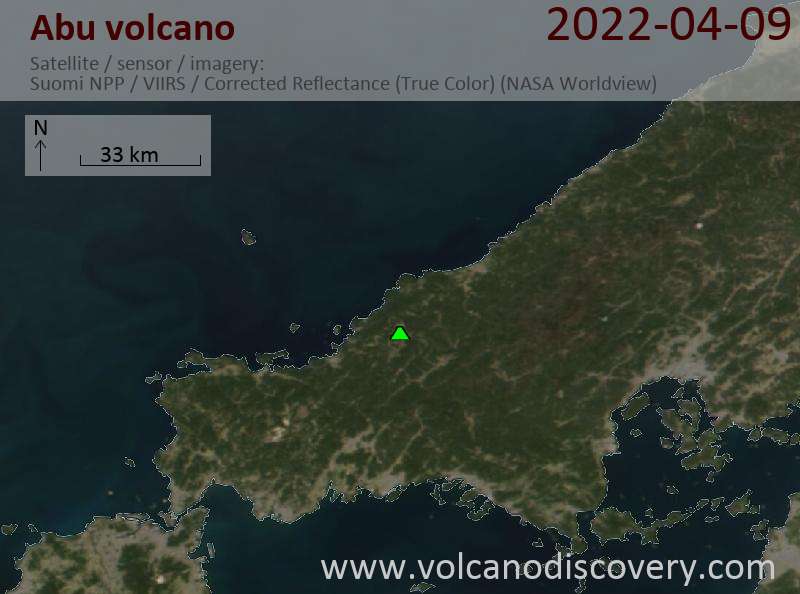 Ambrym volcano photos
Ambrym (Vanuatu) is one of the most active volcanoes in the world. Its vast caldera has an amazing moonscape and several active vents that contain boiling lava lakes, most famous Marum and Benbow.
Short tours

1-3 day excursions
If you're interested in volcanoes, there are a number of excursions you should not miss if you're in the area: hike to the craters of Stromboli volcano, climb Etna volcano, get to know the unique volcanic history of Santorini - some examples of shorter (1-3 days) tours and excursions we offer.
Etna volcano

Ethiopia and the Danakil
Ethiopia is a very diverse and beautiful country. Thanks to our numerous expeditions to Erta Ale and Dallol and beyond, we have an extensive collection of images showing the volcano's lava lake, the desert, the colorful hot springs of Dallol, the vast salt lakes, camel caravans and more.
Get the ad-free version!
Why is there advertising on this site?