Osorno volcano is a symmetrical, glacier-covered stratovolcano in southern Chile, rising above Todos los Santos and Llanquihué lakes.
Osorno is one of the most active volcanoes of Chile. Historical eruptions have often produced produced lava flows. Many eruptions have occurred from both summit and flank vents and fissures, the latter mostly on the west and SW sides. Lava flows from its eruptions have reached Todos los Santos and Llanquihué lakes.
While its historic activity was dominantly effusive, many explosive eruptions which generated pyroclastic flows and surges have been identified to have occurred during the past 14,000 years.

Osorno volcano almost exclusively consists of basaltic to basaltic-andesitic lavas, with the exception of 2 small dacitic lava domes on the NW and SSE flanks.
Geology of Osorno volcano
The present-day cone of Osorno was constructed partly above a roughly 250,000-year-old eroded stratovolcano, La Picada, which has a mostly buried 6-km-wide caldera. La Picada underlies Osorno on the NE and has postglacial maars and scoria cones.
Source: Smithsonian / GVP volcano information 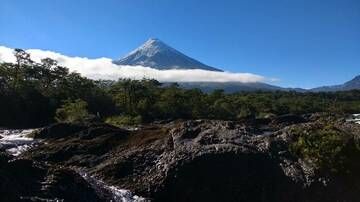 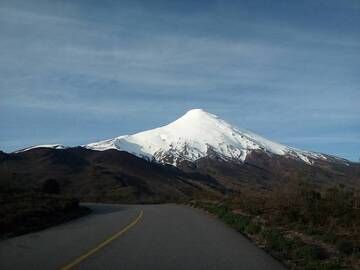 See also: Sentinel hub | Landsat 8 | NASA FIRMS
First visit to our site? If you havn't done it yet, download the Volcanoes & Earthquakes app to get one of the fastest volcano news online:
Android | IOS
Latest news
Wed, 15 May 2019, 12:05

Servicio Nacional de Geología and Minería (SERNAGEOMIN) Observatorio Volcanológico de Los Andes del Sur (OVDAS) raised the Alert Level for Osorno to Yellow (the second lowest level on a four-color scale) on 8 May, due to a gradual increase in the number and magnitude of seismic events recorded during 1-30 April. Read all
Wed, 9 May 2018, 02:30

Nyiragongo volcano photos
Nyiragongo (DR Congo) has the world's largest and most active lava lake. Enjoy our pictures taken during several expeditions over the past years.
Accretionary lapilli

Small spherical balls of volcanic ash that form from a wet nucleus falling through a volcanic ash cloud.
Seismographs

Introduction to Plate Tectonics
The Earth's upper, rigid layer is broken into several plates which are in constant motion to one another. Most earthquakes and volcanoes occur as result of these plate boundaries.
Walking Tours

Walking & Study tours
VolcanoDiscovery's signature tours for small groups: Discover volcanoes and volcanic areas from close with an expert in their field! These tours have a broad mix of activities and interests from photography, walking, study travel, nature & culture.
Get the ad-free version!
Why is there advertising on this site?