The Three Sisters volcano group in Central Oregon consists of several vents and volcanic edifices including the stratocones North Sister, as well as the younger Middle Sister and South Sister, which forms its summit.
Volcanic activity occurred frequently from various vents during the past 10,000 years, last about 1,600 years ago. An eruption reported from 1853 sometimes reported in literature has been discredited.

The north-south-trending Three Sisters volcano group dominates the landscape of the Central Oregon Cascades. All Three Sisters stratovolcanoes ceased activity during the late Pleistocene, but basaltic-to-rhyolitic flank vents erupted during the Holocene, producing both blocky lava flows north of North Sister and rhyolitic lava domes and flows south of South Sister volcano.
Glaciers have deeply eroded the Pleistocene andesitic-dacitic North Sister stratovolcano, exposing the volcano's central plug. Construction of the main edifice ceased at about 55,000 yrs ago, but north-flank vents produced blocky lava flows in the McKenzie Pass area as recently as about 1600 years ago. Middle Sister volcano is located only 2 km to the SW and was active largely contemporaneously with South Sister until about 14,000 years ago.
South Sister is the highest of the Three Sisters. It was constructed beginning about 50,000 years ago and was capped by a symmetrical summit cinder cone formed about 22,000 years ago. The late Pleistocene or early Holocene Cayuse Crater on the SW flank of Broken Top volcano and other flank vents such as Le Conte Crater on the SW flank of South Sister mark mafic vents that have erupted at considerable distances from South Sister itself, and a chain of dike-fed rhyolitic lava domes and flows at Rock Mesa and Devils Chain south of South Sister erupted about 2000 years ago.
This volcano is located within the Three Sisters, a UNESCO Biosphere Reserve property.

See also: Sentinel hub | Landsat 8 | NASA FIRMS
First visit to our site? If you havn't done it yet, download the Volcanoes & Earthquakes app to get one of the fastest volcano news online:
Android | IOS
Latest news
Thu, 3 Feb 2022, 00:26

A special statement was issued by USGS on 31 January noting an increased rate of uplift at Three Sisters during the previous few years. An area 20 km in diameter, centered 5 km W of South Sister, inflated up to 2.2 cm between June 2020 and August 2021, based on analysis of satellite data. GPS data indicated that the uplift had continued to the present. ... Read all
Tue, 1 Feb 2022, 00:54 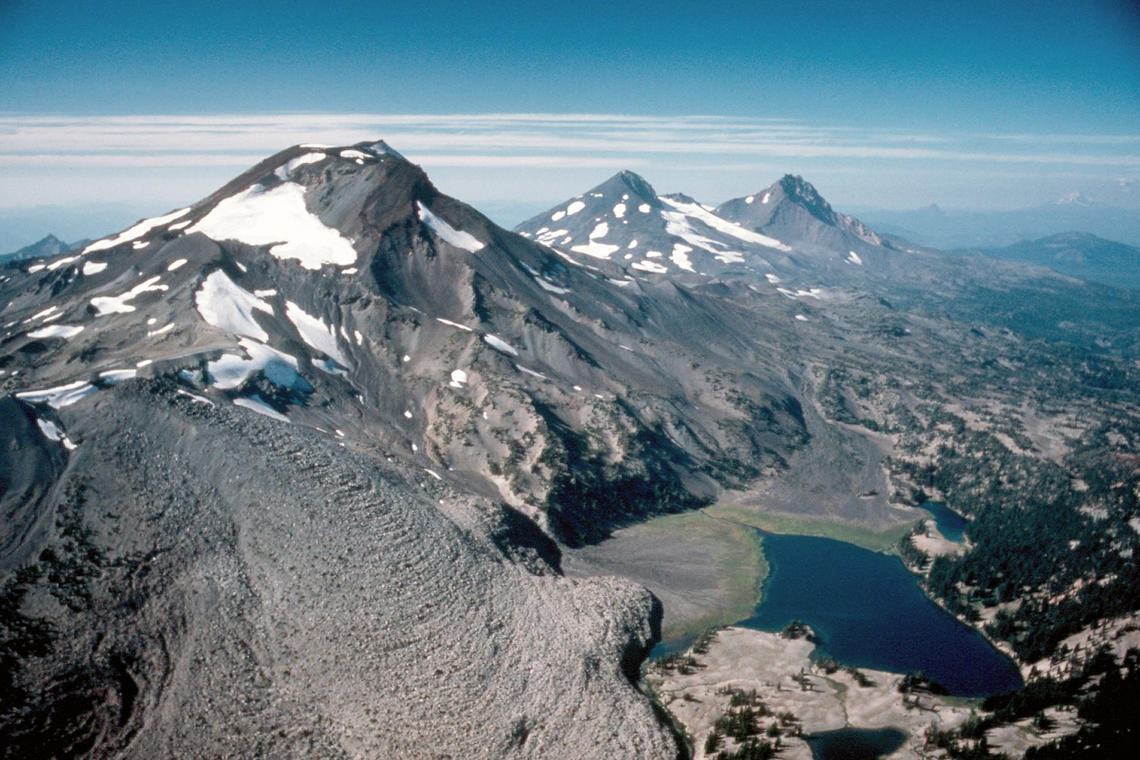 The Cascade Volcano Observatory's instruments (CVO) detected an increased rate of local ground deformation in the Three Sisters volcano group located in the central part of the Oregon Cascade Range. ... Read all
Try our free app!

Krakatoa explodes
In the afternoon of 17 Oct, a particularly violent explosion occurred at Anak Krakatau, blasting away a portion of the southern crater rim. A similar event might have been the final trigger for the catastrophic landslide that let the cone collapse and cause a devastating tsunami on 22 Dec 2018.
Lava and water