The Kamchatka Peninsula (Russia) is one of the most volcanically active volcanic places on earth, second only perhaps to Iceland and Hawaii. In this part of the Pacific "Ring of Fire", there are over 100 active volcanoes (the Smithsonian Institution lists 109) and about 30 volcanoes that have erupted recently, in addition to hundreds of smaller monogenetic vents (i.e. that have formed during one single eruption)
The active volcanoes form a 700-km long volcanic belt from Shiveluch in the north to Kambalny in the south. The vigorous volcanism on Kamchatka, like that of the adjacent Aleutian and Kurile island arcs, is produced by the subduction of the Pacific plate under the E margin of the Eurasian plate.
During the past 10,000 years, at least about 30 very large (so-called Plinian) eruptions have occurred in Kamchatka, i.e. eruptions that have ejected more than 1 cubic kilometer of magma. With this record, Kamchatka is by far the place on earth with the greatest frequency of large explosive eruptions.
The most active volcanoes on Kamchatka are Klyuchevsky, Shiveluch, Karymsky and Bezymianny.
First visit to our site? If you havn't done it yet, download the Volcanoes & Earthquakes app to get one of the fastest volcano news online:
Android | IOS 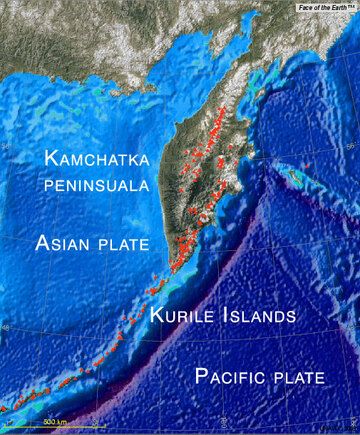 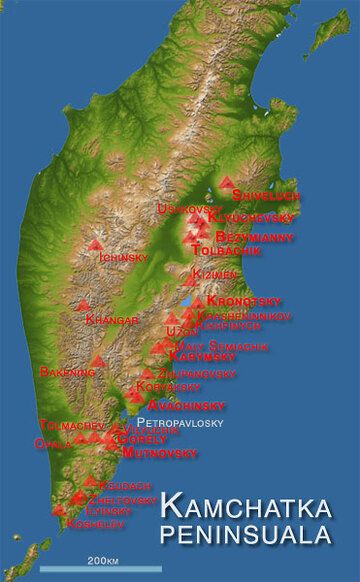 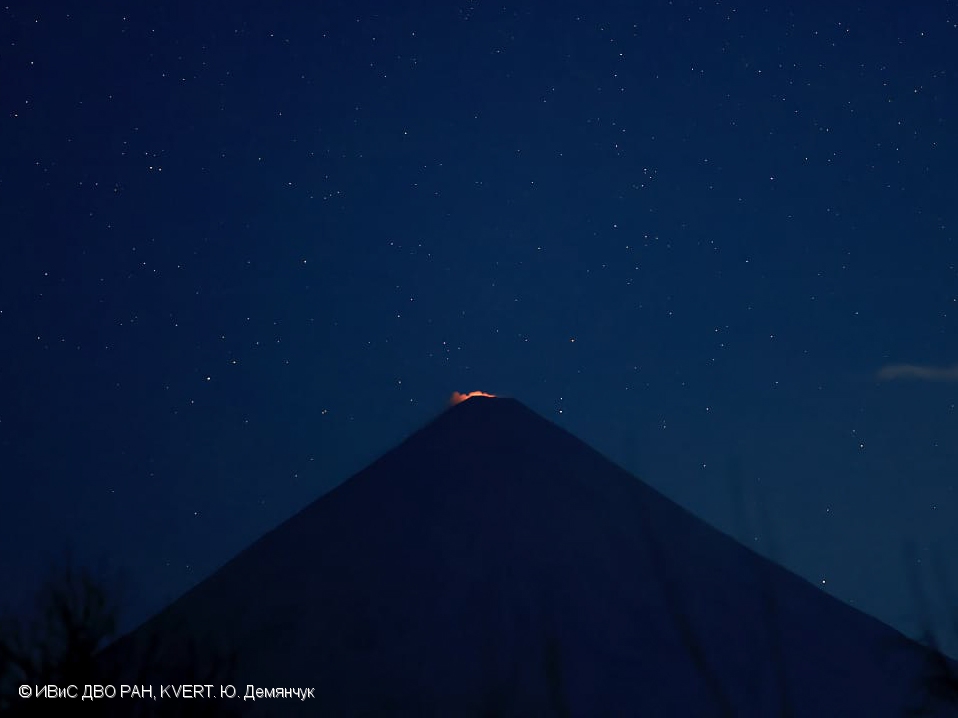 KVERT reported that the ongoing eruption at Sheveluch during 11-17 November was generally characterized by explosions, hot avalanches, lava-dome extrusion, and strong fumarolic activity. A daily thermal anomaly was identified in satellite images. Collapses generated hot avalanches and ash plumes that drifted 85 km ENE during 13-14, and 16-17 November. ... Read all
Wed, 23 Nov 2022, 15:00

KVERT reported that a thermal anomaly at Karymsky was identified in satellite images on 13 and 15-17 November. Gas-and-steam emissions persisted. The Aviation Color Code remained at Yellow (the second lowest level on a four-color scale). ... Read all
Try our free app!

La Palma Volcano Special
We offer a short-notice tour to see the eruption on La Palma in a small group guided by a volcanologist (Evelyne Pradal - English and French speaking geologist.)
What is a volcano?

Definition of a volcano
A volcano is the term for any place on the surface of the earth, where hot molten rock (magma) reaches the surface.
Live Volcano Webcams